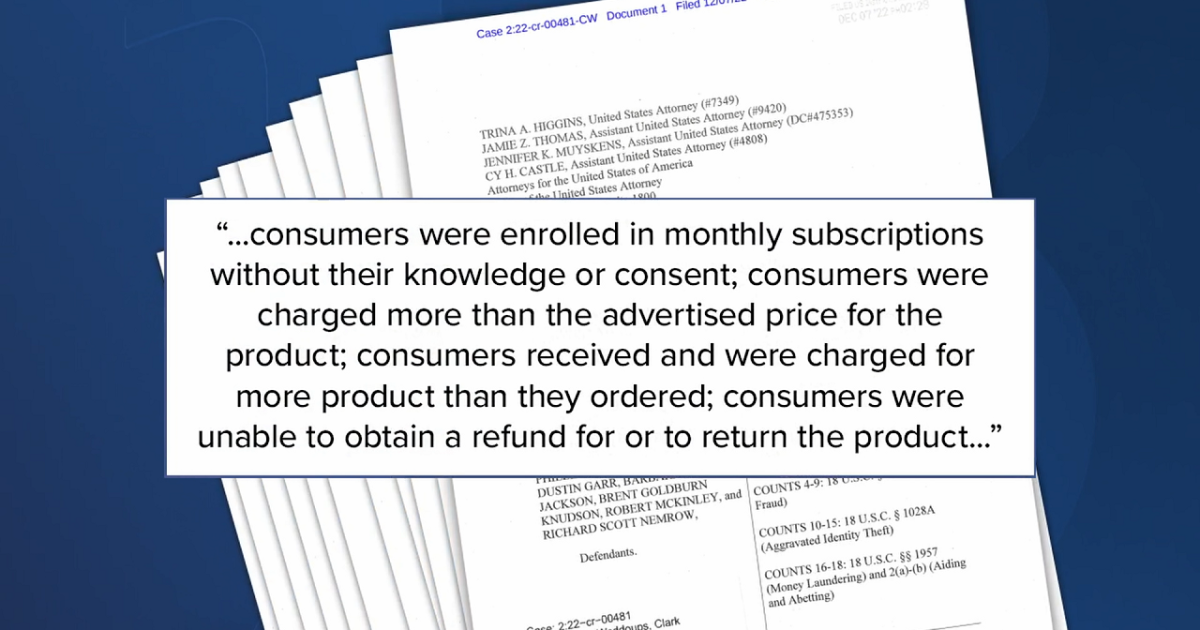 The district attorney’s office says that for six years, the group used a call center and set up hundreds of sham websites, LLCs, and bank accounts.

They allegedly charged customers more than the advertised price and enrolled them in monthly subscriptions without their knowledge.

Prosecutors say the alleged scammers then used the money to buy a $250-thousand boat, a Lamborghini, a Porsche, and cosmetic surgery. They also are accused of transferring a majority of the millions to accounts overseas.