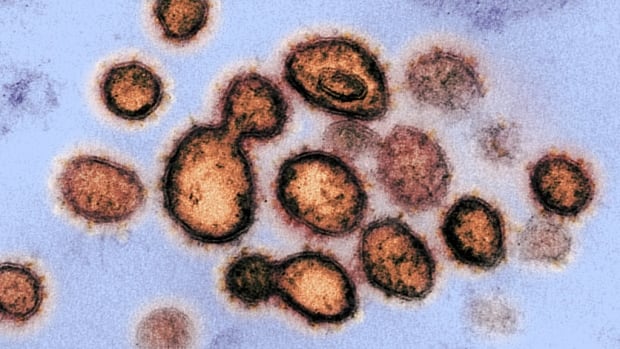 This is an excerpt from Second Opinion, a weekly health and medical science newsletter. If you haven’t subscribed yet, you can do that by clicking here.

Unexplained severe acute hepatitis cases among children continue to emerge in Canada and around the world, and while health officials desperately search for a cause of the mysterious illness, researchers are pointing to a possible link to COVID-19.

The World Health Organization (WHO) said Tuesday there are now at least 348 probable cases of severe acute hepatitis —  or inflammation of the liver — in children under investigation worldwide, which aren’t caused by the usual hepatitis viruses or any other clear source.

In Canada, more than a dozen possible cases have been reported across multiple provinces since the Public Health Agency of Canada (PHAC) confirmed earlier this month that some cases of the severe liver disease were under investigation.

While an early line of investigation from U.K. health officials emphasized possible links to adenovirus, a family of viruses typically known for causing mild cold or flu-like illness, global teams are also zeroing in on potential impacts from SARS-CoV-2, the virus behind COVID-19. Toronto’s Hospital for Sick Children has identified seven probable cases of a mysterious liver disease affecting children around the world. To date, 348 probable cases have been identified across 20 countries.

A recent American case study published in the Journal of Pediatric Gastroenterology and Nutrition analyzed a previously healthy three-year-old girl who developed acute liver failure a few weeks after recovering from a mild COVID infection.

“The patient had liver biopsy findings and blood testing consistent with a type of autoimmune hepatitis which may have been triggered by COVID infection,” said Dr. Anna Peters, a pediatric gastroenterologist at the Cincinnati Children’s Hospital Medical Center.

Peters, the lead author on the study, said that while it was impossible to prove that COVID directly caused the liver disease in this case — it is possible the virus triggered an “abnormal immune response” that then attacked the liver.

“I think it’s important for physicians to be aware that this is a rare condition that may happen during or after COVID infection. It’s important to check liver tests in patients who aren’t improving as expected,” she said.

“Parents shouldn’t panic, but see their pediatrician or primary care doctor if their child is ill. Prompt diagnosis and provision of supportive care is key to recovery.”

Peters said the patient in the case study did recover after treatment and a liver transplant was avoided, but that the case may be similar to cases reported in the U.K. and globally.

Medical staff analyzed those cases and the only commonality was that each child had faced a previous bout of COVID-19, identified through serological testing and each family’s medical history. None of the patients tested positive for adenovirus, Mozer Glassberg said.

An Indian research team also studied whether COVID-19 may have caused dozens of unexplained cases of severe acute hepatitis in children in Central India between April and July 2021, and their results are only now gaining attention due to similar cases worldwide.

Their observational pre-print study, which has not yet been peer reviewed due to challenges with funding, analyzed 475 children from throughout India who had tested positive for COVID-19 — 47 of whom presented with severe hepatitis.

Among that group, 10 were found to have symptoms of Multiple Inflammatory Syndrome in children (MIS-C) and were ruled out, while the remaining 37 were classified as having what the researchers named COVID-19 Associated Hepatitis in Children (CAH-C).

“The one common factor we found was that they all were infected with, or they all had a history of COVID,”  said Dr. Sumit Rawat, lead author, microbiologist and associate professor at Bundelkhand Medical College in Madhya Pradesh, India, in a phone interview.

“We also did antibody testing for COVID in these children, and the maximum number of children who were coming in with this were antibody positive.”

The Indian researchers looked for other common causes behind the 37 cases of severe acute hepatitis — everything from hepatitis A, C, E and others like varicella-zoster virus, herpes and cytomegalovirus (CMV) — but found nothing that could explain the symptoms.

Rawat said not all 37 cases were tested for the presence of an adenovirus at the time, but 17 samples were later analyzed from archives and only three tested positive for adenovirus.

“To prove that the COVID itself is causing this hepatitis it will require a lot more effort,” said Rawat. One significant hint, he said, was that hepatitis cases seemed to drop off when COVID stopped circulating widely in the region, but picked up again when cases were high.

“Suddenly there was a drop in [COVID] cases and we did not find any [hepatitis] cases for the next six months, until COVID reappeared again.… So that is also highly suspicious that these cases are actually related to COVID.” A liver illness affecting 169 children in the U.S. and Europe is, so far, a ‘medical mystery,’ says infectious disease specialist Dr. Isaac Bogoch, and it’s premature to attribute it to any one virus or cause.

While other global research teams were ringing alarms about potential links to COVID, international health organizations are taking time to investigate a variety of possible causes.

Dr. Philippa Easterbrook, a senior scientist at the WHO’s HIV, hepatitis and sexually transmitted infection program, shifted tone this week and said there were “some refinements of the working hypotheses” put forward by the UK Health Security Agency.

“The leading hypotheses remain those which involve adenovirus, but I think with … an important consideration of the role of COVID as well, either as a co-infection or as a past infection,” she said during a press conference Tuesday.

There have been more than 170 cases of acute hepatitis identified in children under 16-years-old in the U.K. since Jan. 1, which haven’t been linked to the usual hepatitis viruses. Eleven patients required a liver transplant.

Serological testing is also in process by the agency, which is a method used to see if patient samples contain antibodies from prior infection. On Friday, a joint WHO and European Centre for Disease Prevention and Control briefing note said Europe-wide, serological testing on a small number of patients showed roughly 74 per cent were positive for antibodies to SARS-CoV-2.

The U.K. team is now pulling on multiple threads, including a normal adenovirus infection gone awry due to a lack of exposure to viruses during the pandemic, or an exceptionally large wave of infections causing a rare complication to present more frequently, or an unusual bodily response tied to a co-infection — or prior infection — with SARS-CoV-2.

It could also be a new type of adenovirus or coronavirus variant, or a post-COVID syndrome including one from Omicron specifically, or linked to a new pathogen altogether, in addition to a drug, toxin, or environmental exposure.

It’s all tough to parse, stressed Dr. Jordan Feld, a clinician-scientist at the Toronto Western Hospital Liver Clinic, since viruses can cause mild disease in one person and a very different outcome in another — much like the way COVID can.

WATCH | Cause of severe acutre hepatitis outbreak in kids a mystery to experts: Doctors aren’t sure what’s causing a mysterious liver disease outbreak that’s been seen in kids from a dozen countries around the world. While at least one child has died, experts insist most children will fully recover from the disease.

“The key here will be — assuming that there is really a problem — is really then teasing apart, what is it that’s different about these kids, either their genetics, their environment or something else that’s causing their reaction,” he said.

“That’s kind of the same thing in the liver. And sometimes you can see liver injury happening relatively late in the course of a viral infection. So someone might contract an infection and then it’s only weeks later that it manifests.”

While multiple lines of investigations abound, a few questionable theories have been largely ruled out by officials in the U.K.

For one thing, there’s “no evidence” of a link between COVID-19 vaccination and these cases of acute hepatitis, the UKHSA has said, noting there were no vaccinations recorded in patients under five — the age group making up more than three-quarters of the cases.

Some media outlets also latched on to survey data showing a high rate of exposure to dogs, but UKHSA epidemiologist Meaghan Kall said on Twitter that the hypothesis is “far fetched” given how common dog ownership is in the U.K., and was merely included in the latest briefing note for transparency.

Other experts stressed these so-far unexplained cases remain rare, with further analysis needed to determine whether or not they’re truly happening more frequently than in a typical year.

At the Hospital for Sick Children in Toronto, where seven probable cases dating back to October have been reported, chief of infectious diseases Dr. Upton Allen said facilities “regularly but rarely” treat children with severe inflammation of the liver.

The hospital usually experiences from zero to two cases per month, he said. “So we’re not there yet to definitively say that this represents a new signal.”

Feld agreed more work is needed to determine the scope of the apparent global outbreak of cases and how it compares to hepatitis among children in years prior — and if there’s indeed a spike.

For now, he said, there’s no clear smoking gun.

When it comes to possible links to adenovirus or SARS-CoV-2, Feld stressed researchers need to tease out how these severe patient outcomes compare to the many more children who had infections but didn’t wind up with hepatitis.

“Because, remember, this is still a rare phenomenon.”