Which supplements are banned by the military? Better check this database 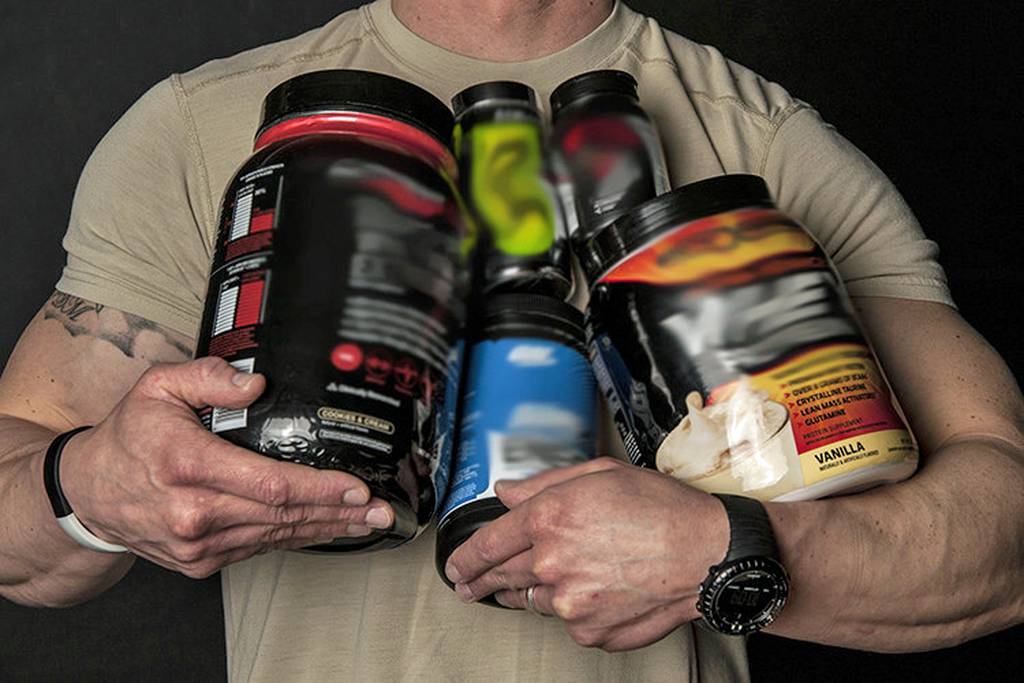 The Defense Department has issued an instruction that governs the use of dietary supplements among service members, creates a new training requirement and bars any on-base retailers from selling products with any banned ingredients.

The guidance, nearly a decade in the making, also requires the creation of an online database that service members can reference before using any sort of pre-workout or other supplement promising an edge.

“Dietary supplements include ingredients such as vitamins, minerals, herbs, amino acids, and enzymes,” according to the instruction released earlier this month. “Dietary supplements are marketed in forms such as tablets, capsules, soft gels, gel caps, powders, and liquids.”

A range of anabolic steroids are also on the list, as well as substances that are more commonly considered recreational drugs.

One of the ingredients has a close chemical make-up to the drug PCP, with the same sedative and hallucinogenic effects. Nine are classified as synthetic cannabinoids, which many troops will probably recognize from the the wave of popularity of drugs like Spice and K2 in the military going back a decade or so.

While those won’t be confused for dietary supplements, there are some overlapping elements.

“The primary reason cannabinoid and synthetic stimulant guidance was put in the dietary DoDI is because many of these products … come in either food form, can be added to food, or can be directly ingested through the mouth,” Maj. Charlie Dietz, a Pentagon spokesman, told Military Times on Thursday.

For instance, cannabidiol is an ingredient in some workout recovery products.

DoD has been developing dietary supplement guidance for the past decade, as the rise of bodybuilding culture — coupled with the wide array of products available — has raised the popularity of supplements among service members, with some data suggesting that dietary supplements are more popular in the military than in the general population.

Because the DoD database is so vast, the best bet is to manually enter all the ingredients of any supplement product to see if a banned substance comes up.

As for future training, several DoD organizations will coordinate to create and track it. It won’t be an annual requirement, but part of professional education that troops will receive when they enter service, as well as periodically as they complete promotion requirements.

Military health and wellness staff will also receive safety training, according to the instruction.

For any troops prescribed a banned substance for a specific medical purpose, or who receives a substance as part of DoD-sanctioned research, according to the policy, use must be recorded in their electronic health records.