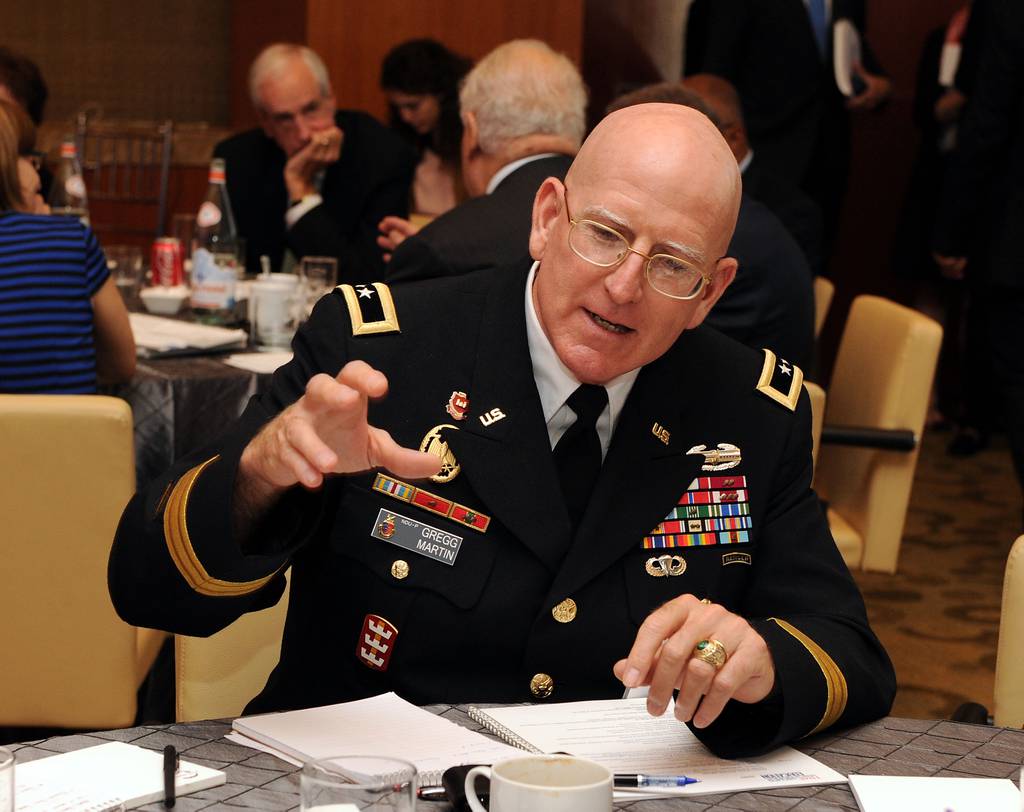 After graduating from West Point and the Engineer Officer Basic Course in 1979, I, along with more than a hundred classmates, volunteered for the Army Ranger School, which is renowned as the toughest, most challenging leadership school in the Army — if not the entire U.S. military. It is a 9-week school, known jokingly in the Army as the ultimate “suck fest,” which pushes students beyond their mental, physical and emotional limits. Significant sleep and food deprivation are an inherent part of this grueling experience in small unit, commando training, tactics and operations.

During our Ranger class, the Soviet Union invaded Afghanistan. The Ranger instructors, or RIs, assembled everyone and told us the class was being cancelled and we would all return immediately to our assigned units for deployment and war with the Soviet Union. We had loaded trucks to begin returning to home stations when the RIs called off their false alarm. But the message was clear: this training is for real war, and its lessons for real combat. Pay attention to detail, work hard, take care of your buddy, be a team player — Ranger training may very well save your lives, and make the difference between victory and defeat on the battlefield.

After this dramatic lesson in the cold, dark Georgia woods, we off-loaded the trucks and re-started our training, with a grim new sense of the harsh reality of the world we lived in, and in which we would soon be leading American soldiers. Probably the biggest relief — even more than not going off to actual war and potential death — was that we wouldn’t have to cut our Ranger training short and have to re-start later, placing all our current course achievements at risk. Above all else, each of us hungered to earn the highly coveted black and gold Army Ranger tab. We would be forever authorized to wear that little piece of “magic cloth” on our uniforms, earning instantaneous respect and credibility from subordinates, peers and superiors.

The RIs zeroed in on me for my unusually upbeat attitude. The RIs were a bit tougher on me, because Ranger School is not supposed to be fun or enjoyed. It’s supposed to suck — totally — which it did. Next to climbing out of the pit of my hellish bipolar crisis, Ranger School was the most physically and mentally challenging experience of my life, but I loved it. My squad of 12 Rangers also developed a buoyant, positive attitude that carried us through all obstacles enthusiastically as a team. Against all odds, some of us actually enjoyed it — at least some of the time.

One unforgettable memory is climbing up a long steep ridge in the Appalachian Mountains of northern Georgia, in total darkness and frigid cold, trudging through snow and ice, sleep and food deprived, carrying nearly 100 pounds of combat gear. Like many of my fellow Rangers, I slipped into a state of exhausted delirium, and soon found myself floating above the column of Rangers, looking down on them as they trudged onward. I saw myself down below and, like in a cartoon, I had bubbles coming up out of my head, which formed into a cloud just above me. Inside the cloud was a large, steaming hot plate of spaghetti and meatballs, with parmesan cheese, golden-brown garlic bread, and a frosted mug of draft beer with a perfect head. I could not only see the meal, but I could also smell and taste it. Years later in my Army career, while manic in Iraq and Washington, D.C., I also experienced out-of-body hallucinations where I was floating up above, and looking down on myself and the action, a part of my bipolar psychosis.

I now know that in addition to my exceptional physical conditioning, mental preparation, willpower and the strength of fellowship provided by fighting and suffering through hardship with my band of Army brothers, a major part of my success and unusually positive attitude during the extreme challenge and grueling nature of Ranger School was my underlying mental condition of hyperthymia, a kind of “pre-bipolar” or “under-bipolar disorder.” Completely unknown to me, my hyperthymia elevated my performance for decades, until it surged into bipolar disorder at 47, which marked the beginning of the end of my Army career.

Hyperthymia is a near-continual state of mild mania (not to be confused with hypomania, which is characterized by episodic cases of mild mania, but not continual). Below the threshold of a mental illness, hyperthymia causes the brain to produce excess amounts of dopamine and endorphins, the natural chemicals that provide the recipient with above normal levels of energy, drive, enthusiasm, positivity, happiness, optimism and the like. While it elevates performance and amplifies natural talents, it also puts the person at above average risk for full-blown depression or mania, which is when people trend to the label of bipolar disorder, essentially what happened to me.

My hyperthymia rose steadily for decades, inching ever closer to mania, until my brain eventually surged into mania and bipolar disorder during the Iraq War. It was there that the intense stress of leading a brigade of thousands of soldiers in combat triggered my genetic predisposition for bipolar.

After fighting through “bipolar hell” in my fifties and early sixties, I have now been recovered, healthy and happy for more than five years. Lithium and medications have been critical, along with the life foundation and help of the “3 P’s” — People (positive connections with my wife, family, friends and colleagues), Place (moving to and living in wonderful Cocoa Beach, Florida), and devoting myself to a meaningful Purpose (my life mission is sharing my bipolar story to help stop the stigma and save lives). With that, combined with expert, compassionate medical care from my Veterans Administration care team, I have recovered and rebuilt my bipolar-shattered life.

The Ranger spirit of “embrace the suck,” never quit and drive on through to the objective, was key to my recovery and building a new life of meaning and purpose. In fact, when asked why — like so many spouses — she didn’t leave me during our years of bipolar hell, my wife said it was because I never gave up and always kept on trying to recover. I believe Ranger School had something to do with that!

With recovery, my pre-bipolar mood, personality and hyperthymia have reemerged. I am once again energetic, enthusiastic, positive, driven and extroverted. Now, with the help of the right medications like lithium, and grounded on the foundation of the “3 P’s,” I strive to keep it that way. I must continue to effectively fight and manage my “forever war” with mental illness.

Gregg F. Martin is a 36-year Army combat veteran, retired two-star general and bipolar survivor. The former president of the National Defense University, he is a qualified Airborne Ranger engineer and strategist, who has commanded soldiers in combat. A graduate of West Point, MIT and both the Army and Naval War Colleges, he is an ardent and full-time mental health advocate. He lives with his wife in Cocoa Beach, Florida. His forthcoming book is entitled: “Bipolar General: my ‘forever war’ with mental illness.”

These views are those of the author and do not necessarily represent the views of the Defense Department or U.S. government.

Want more perspectives like this sent straight to you? Subscribe to get our Commentary & Opinion newsletter once a week.