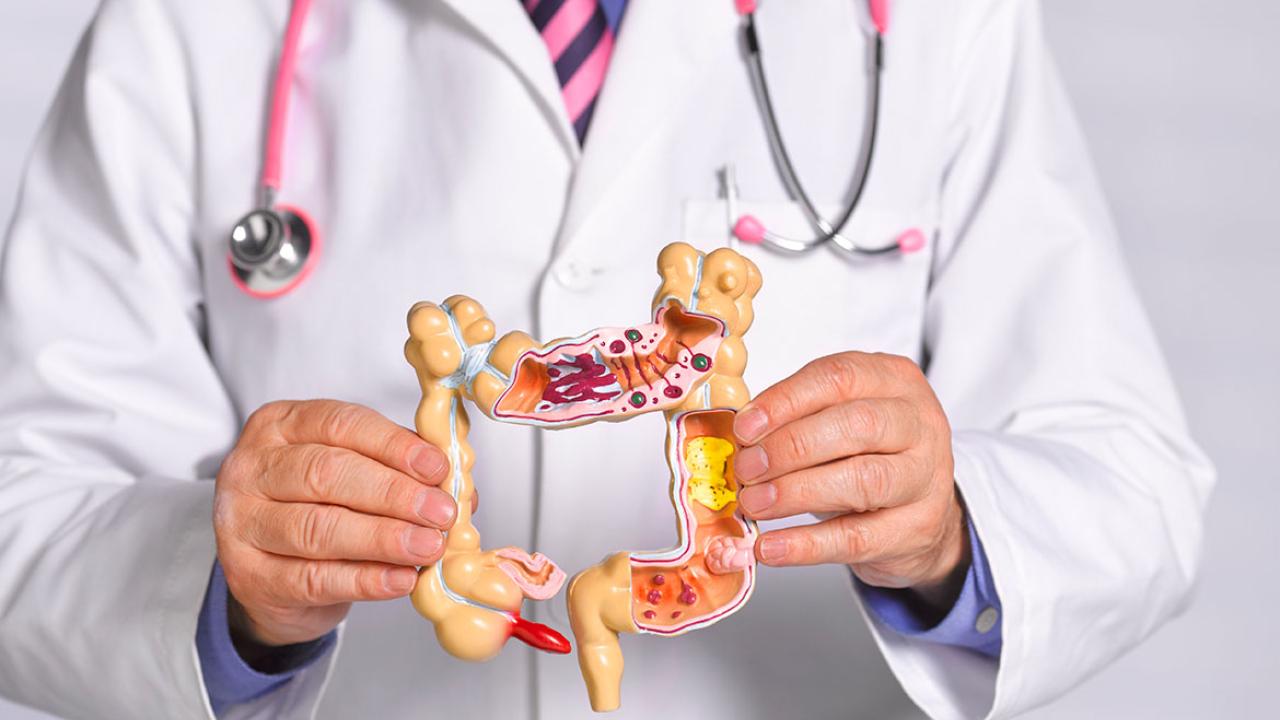 Colorectal cancer—which refers to cancer of the colon or the rectum—is the second leading cause of cancer death in the U.S. And it doesn’t seem to have any signs of slowing—the rates of colorectal cancer are rising in adults 20 through 49 years old. Yet about 30% of patients who are eligible in the United States still have not been screened for colorectal cancer.

The AMA’s What Doctors Wish Patients Knew™ series provides physicians with a platform to share what they want patients to understand about today’s health care headlines.

In this installment, two physicians took time to discuss what patients need to know about colorectal cancer. They are:

It’s a common cancer among adults

It’s a common cancer among adults

“Colorectal cancer, or colon cancer, is cancer of the colon or rectum, which is the last segment of your large intestine,” said Dr. Park, noting that it is “a fairly common cancer among Americans.

“And when we specifically refer to the word cancer, we’re referring to a specific type of cancer called adenocarcinoma,” he added. “That’s acknowledging that there are technically other types of colon cancers, but they are less common.”

“Colon cancer is more common than rectal cancer, but they often do get combined together,” Dr. Park said. “But the reason why they get treated separately is because they have different treatment implications.”

Colon cancer is rising in adults

Colon cancer is rising in adults

“Traditionally we thought of adults 50 or older as highest risk, which is still the case—most cases are diagnosed in adults over 50,” said Dr. Jin. “However, we are seeing more people who are diagnosed at younger ages,” she added. “It’s estimated right now that about 10% of new diagnoses are in people younger than 50. That number is going up which is interesting because no one is really sure why.”

“We don’t know what the trigger is from—whether it is dietary or not,” Dr. Jin said. “So, we do think of anyone as being susceptible. However, the highest risk is still in those 50 and above.”

“At a minimum, the average American over age 45 is considered susceptible enough to warrant screening,” said Dr. Park, an AMA member. “We more recently have moved those guidelines down to 45 out of increasing recognition that Americans are getting colorectal cancer at a much younger age.

This trend is “evident enough that the guidelines have been changed to an earlier start date of 45 years old,” he said. While the U.S. Preventative Services Task Force recommends screening for colorectal cancer in adults 45–75 years old, adults 76–85 years old should be selectively screened because the benefit of screening all persons in this age group is small.

“The real benefit is that participating in a screening program—such as screening colonoscopy—reduces your risk of developing colon cancer by about 80%,” said Dr. Park.

While “it’s not an 100% guarantee …compared to not having the colonoscopy, it’s a significant reduction,” he said. “The reason why screening is widely encouraged and should be entirely covered by your health insurance company is because the evidence shows that early detection has benefit.”

“Colon cancer screening is probably one of the tests that has some of the strongest evidence of benefit,” Dr. Park said. “For us gastroenterologists and gastrointestinal oncologists, taking care of patients with colon cancer sometimes can feel tragic because it seems like there was an opportunity missed—many of these could have been prevented had patients participated in screening.”

Additionally, Black individuals are experiencing disproportionately high incidence of and mortality from colorectal cancer—almost 40% higher than those of white people. That is why it is imperative that screening for Black patients is made a top priority.

“If you have a first-degree relative—such as your mom or dad—who was diagnosed at a younger age, then you should get screened at a younger age,” said Dr. Jin, noting “there are also certain types of familial genetic conditions where you have a lot of polyps, necessitating younger and more frequent screening.”

“First degree is more important than second degree than third degree. And the more family members you have who are afflicted with colon cancer, then the higher your risk,” said Dr. Park. “If there does seem to be a pattern of family history, then one should consider seeking genetic counseling to determine if you should be screened for a hereditary mutation that may explain why it seems so common in your family lineage.”

“But even in their quiescent state, or considered curative, their history of having such requires them to have a different follow-up scheme because their risk is considered higher,” Dr. Park said. “Now, a family history of inflammatory bowel disease does not necessarily confer a change in how one should be screened for colon cancer.”

“For the average American, there are a variety of screening-test choices, but the most important is just to get screened,” said Dr. Park. “The more invasive, but more thorough, is the colonoscopy and if that is normal, then you’re good for 10 years.”

“The preferred, best test is colonoscopy. That is the most accurate test that’s going to give you the most accurate information,” said Dr. Jin. “It is also the most invasive test because it requires a prep where you, have to drink a liquid—a laxative—that clears out your whole gastrointestinal tract.

“You do that starting the night before and that’s really the part that patients don’t like,” she added.

“It’s not a painful experience, but … you’ve got to be at home. You have to be near a toilet, and you will be clearly running to the bathroom a lot,” said Dr. Park. “But it’s intentional because you’re trying to clear yourself out and, of course, that’s an uncomfortable experience.”

“There are ways to gamify it or make it more tolerable. One of my colleagues likes to chill the preparation drink, put it in his beer glass, sit down and watch his favorite movie,” he said, noting that “sipping it like a beer helped him to try to normalize the situation.”

“The simplest or the least invasive would be stool tests and they can be every one to three years, depending on the test you choose,” said Dr. Park.

Such tests are “looking for abnormal DNA that might be reflective of any cancer cells,” said Dr. Jin.

“But the problem with that one is that there is a high rate of false positives. Then with a positive test, you have to get a colonoscopy anyways as the next step,” she added.

“The bottom line is any test that patients are willing to do is better than none,” Dr. Jin said.

Don’t drive after your colonoscopy

Don’t drive after your colonoscopy

“The day of a colonoscopy you are sedated, so you are out of it for most of it,” said Dr. Jin. “What I hear from patients is that they don’t mind that day. I actually had one patient who said it was the best nap they ever had.”

“People react differently to the sedatives that they get, but usually it is the easier part of the process,” she said. But what is important to note is that “afterwards you need someone to drive you home.”

“You should be fine later in the day, though. You just should not drive right after,” Dr. Jin said.

Get screened for your loved ones

Get screened for your loved ones

“The biggest tragedy is having patients develop colon cancer when it could have been detected earlier,” said Dr. Park. “Sometimes the most motivating factor that I find helpful is, particularly to parents who have kids, it’s easy to say, ‘Don’t do it for yourself, do it for your children.’

“It’s a little harder to convince people who aren’t married or who are single because they say they can live with their own life,” he added. “But you can make the argument: Do it for your friends and your family as well because you’ll be helping them from having to take care of you.”

Always talk to your doctor

Always talk to your doctor

“If you have symptoms of any abdominal pain, bloating, changes in the stool, or blood in the stool or bleeding that you see in the toilet, then definitely talk to your doctor,” said Dr. Jin. “That would be more of a case of a diagnostic colonoscopy as opposed to screening.”

“Any symptom-based concerns should always be addressed separately,” she said, emphasizing that “you should always talk to your doctor.”