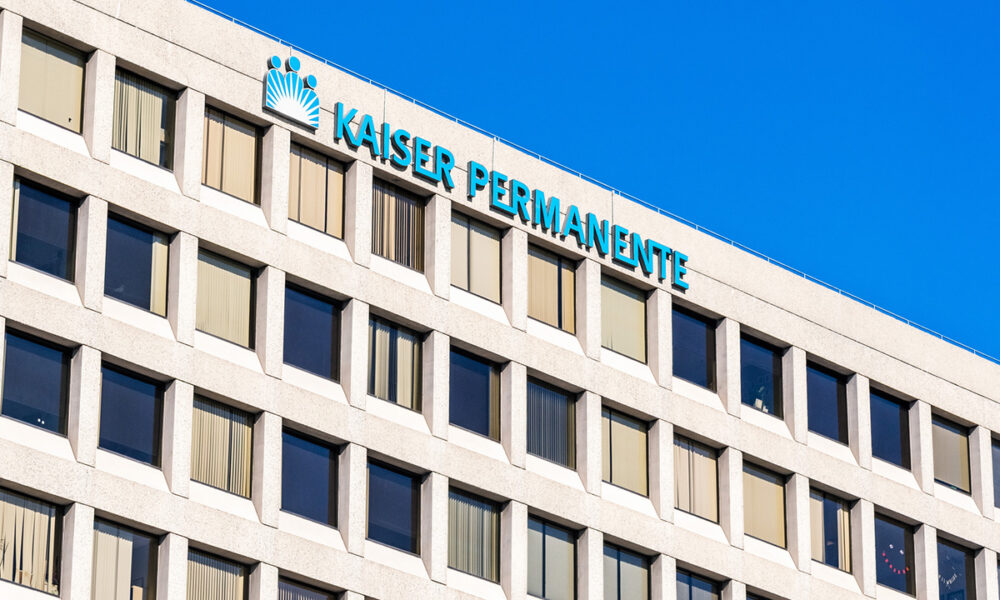 When Susan Whitney was a therapist at Kaiser Permanente, her colleagues missed working in prison.

Whitney’s co-workers first practiced mental health care in the region’s penitentiaries before joining the state’s largest health care provider. Working conditions for therapists at Kaiser were so deplorable, Whitney says, that her colleagues wanted to go back.

“They can provide better care,” says Whitney, who retired from Kaiser in late 2021. “It’s a better work environment.”

Mental health practitioners at Kaiser are so overburdened with patients that waiting periods between appointments can be six weeks or more, according to therapists who spoke with Capital & Main. (Industry standards mean therapists outside Kaiser generally see patients on a weekly or bi-weekly basis, though cases vary.)

When asked about its access issues, Kaiser points to a nationwide shortage of mental health care practitioners.

“The need for mental health care in America has never been greater and at the same time harder to deliver,” Kaiser representatives said in May. “Across the United States, mental health experts have reported the demand for mental health services has increased as much as 30% since the beginning of the pandemic.”

“The challenge we face is that all mental health providers are drawing from the same, limited pool of talent.”

Kaiser says it has prioritized filling hundreds of therapist vacancies in California.

“We recently launched a $500,000 recruiting initiative to source and hire clinicians to fill more than 1,000 open mental health clinician positions across Kaiser Permanente, more than 400 of which are in California,” Yener Balan, Kaiser’s vice president of behavioral health and specialty services, told Capital & Main in a March 29 statement.

“The challenge we face is that all mental health providers are drawing from the same, limited pool of talent.”

Kaiser, whose mental health care deficiencies have been well documented, turned an $8.1 billion profit in 2021, a company record. In 2021, the Fitch credit ratings agency rated Kaiser bonds AA- for the company’s “track record of sound and consistent profitability.”

Susan Whitney attributes Kaiser’s staffing shortage to “a combination of greed and the lingering stigma over treating mental health the same as physical health.”

“I cannot believe that they would treat physical health issues in the same way,” she says.

Emily Ryan, a licensed clinical social worker, began working at Kaiser in Sacramento in 2005. Her caseload at Kaiser was “horrendous,” she says.

“I could believe that there is difficulty for them [hiring today], that there’s a shortage of every kind of worker right now,” she says. “In 2005 there was not. In 2008, when we had the economic crisis, there most certainly was not, and we were having the same exact problems.”

Therapist Mickey Fitzpatrick, who worked in the Bay Area town of Pleasanton, says he had caseloads into the hundreds at Kaiser before he left for private practice. “If even a fraction of those new clients wanted to meet as frequently as is recommended, I didn’t have the availability to see folks for multiple weeks to months at a time,” he says.

“Ever since mental health started being covered by insurance in the ’60s and ’70s, the incentives have been to avoid enrolling people with mental illness in your plan.”

In rural Kern County, Kaiser employs 35 mental health workers to serve approximately 100,000 Kaiser members, according to data from the National Union of Healthcare Workers. There is no cap on the number of cases therapists can take on, and they face a regular onslaught of new patients.

“I have co-workers who’ve worked when they were very ill, but they felt like if they canceled one day, their patients would have to wait another six to eight weeks,” says Whitney. “People are waking up in the middle of the night worrying about patients.”

American health plans limit access to mental health care to keep expenses down, according to Richard G. Frank, a senior fellow at the Brookings Institution and director of the USC-Brookings Schaeffer Initiative for Health Policy. Other health care organizations have been accused of undermining their mental health care by not hiring enough therapists — or insufficiently reimbursing the ones they do have for counseling sessions — driving an exodus to more lucrative private practice.

“Ever since mental health started being covered by insurance in the ’60s and ’70s, the incentives have been to avoid enrolling people with mental illness in your plan,” says Frank.

When asked about proceeding against Kaiser under the new law, the California Attorney General’s Office declined to comment, citing “a potential or ongoing investigation.”

Regulation and enforcement of health plans in California falls to the Department of Managed Health Care, which fined Kaiser $4 million in 2013 for overbooking its therapists. Kaiser settled with the DMHC in 2017 following millions of dollars in fines and a litany of enforcement actions imposed against the company. The settlement established a six-point plan to address mental health access issues and forced Kaiser to hire a consultant to oversee the process.

A 2021 lawsuit filed against Kaiser by the San Diego City Attorney’s Office alleged that more than 30% of the therapists listed in Kaiser’s directory were not actually available to patients.

In May of 2022, the agency informed Kaiser of its investigation into the health care giant’s mental health services.

“We appreciate the DMHC’s interest and accountability in understanding how we are working to deliver clinically appropriate care to those who rely on us for their mental health services,” Kaiser wrote in a statement.

“Kaiser Permanente is meeting California’s regulatory standard for initial appointments for mental health and wellness on average more than 90% of the time. We encourage therapists to document treatment recommendations, including both initial appointments and follow-up appointment frequency, and to escalate any challenges in scheduling to their manager, per the established process.”

Kaiser’s network of mental health practitioners may be even less robust than the numbers it touts. A 2021 lawsuit filed against Kaiser by the San Diego City Attorney’s Office alleged that more than 30% of the therapists listed in Kaiser’s directory were not actually available to patients: Some were listed with the wrong contact information, some had retired, some were not practicing within Kaiser’s network, and some were not practicing altogether.

“Kaiser’s grossly inaccurate provider directories harm their own customers’ personal health, as well as their pocketbooks, while unlawfully and unfairly enabling the company to shed more costly enrollees to the detriment of its market competitors,” the city of San Diego asserted in its lawsuit.

Kaiser mental health practitioners and experts told Capital & Main that working conditions are to blame for the exodus of therapists from the company. Ex-Kaiser therapist Mickey Fitzpatrick handily beats his old hourly rate, he says, which was $73.73 in April of 2021, after 10 years at the plan. In the Bay Area, therapists regularly charge $250 or more for 50 minute sessions.

“My graduates want to go to Kaiser for work, and they do,” says Dr. Gilbert Newman, vice president for academic affairs at the Wright Institute, a private graduate school for psychology in California. “They often leave Kaiser because they don’t like the work they do. They don’t like being told you can’t see people enough to help them.”

Kaiser therapists can get in trouble with their managers when they recommend clients for regular follow-up appointments. In November of 2021, marriage and family therapist Tanya Veluz was summoned into a meeting with three of her superiors after she recommended patients for return sessions. The managers went through a list of those clients, questioning their need for care.

“They went through each case,” Veluz recalls, “and for a couple where the distress was really high they said, ‘Makes sense, we understand why you would want more support for this case.’ Every other case they challenged my clinical decisions. ‘Well … the questionnaire doesn’t indicate the level of distress you’re asking for.’”

“When you would ask, ‘Why are we selling a product we can’t really provide?’ you would get no answers.”

The managers also questioned her estimates for the duration of her patients’ treatment, Veluz says. Trauma patients, Veluz felt, would need sessions for two to six months.

According to Veluz, her manager told her it was impossible to know for how long a patient would need treatment. Veluz disagreed, citing her clinical experience as well as “plenty of research” supporting her diagnoses. She says one manager threatened her license.

When asked about the incident, Kaiser representatives did not directly comment. On July 19, the company said it is on a “multiyear journey to improve the way mental health care is delivered in America today” and has been expanding its virtual care and placing mental health professionals in medical settings. The company has “escalation procedures to support our therapists if they are unable to schedule a needed follow up appointment” and a “dedicated phone line.”

Ken Harlander, a licensed marriage and family therapist, practiced at Kaiser’s Bakersfield clinic with Susan Whitney, and left for private practice last year. Harlander avoided delays between appointments at Kaiser by booking returning clients in spots reserved for new patients, which got him summoned to “the principal’s office,” he says.

“That was what happened if you tried to push back,” he says. “When you would ask, ‘Why are we selling a product we can’t really provide?’ you would get no answers.”

“I think there’s a kernel of truth there, but I think it’s exaggerated,” he says. “What health plans typically claim is that they can’t hire all the people they would like to hire at the current rate of pay. That’s not the same thing as saying, ‘Gee, there are none available.’”

But for Ken Harlander, it wasn’t the pay that drove him to private practice — the company’s excellent benefits made up for lower hourly wages. Harlander says he left because Kaiser overbooked him and prevented him from doing his job effectively.

“It’s just been so good to not work there anymore,” he says. “I actually practice good therapy.”

Because of its benefits, Kaiser always has willing applicants, according to Harlander. “People would rather work at Kaiser than the county or Medi-Cal work,” he says. “They could open slots and hire people away if they wanted to. They wouldn’t even have to change their pay structure. If they said we’re hiring five therapists, they’d get five candidates right now.”