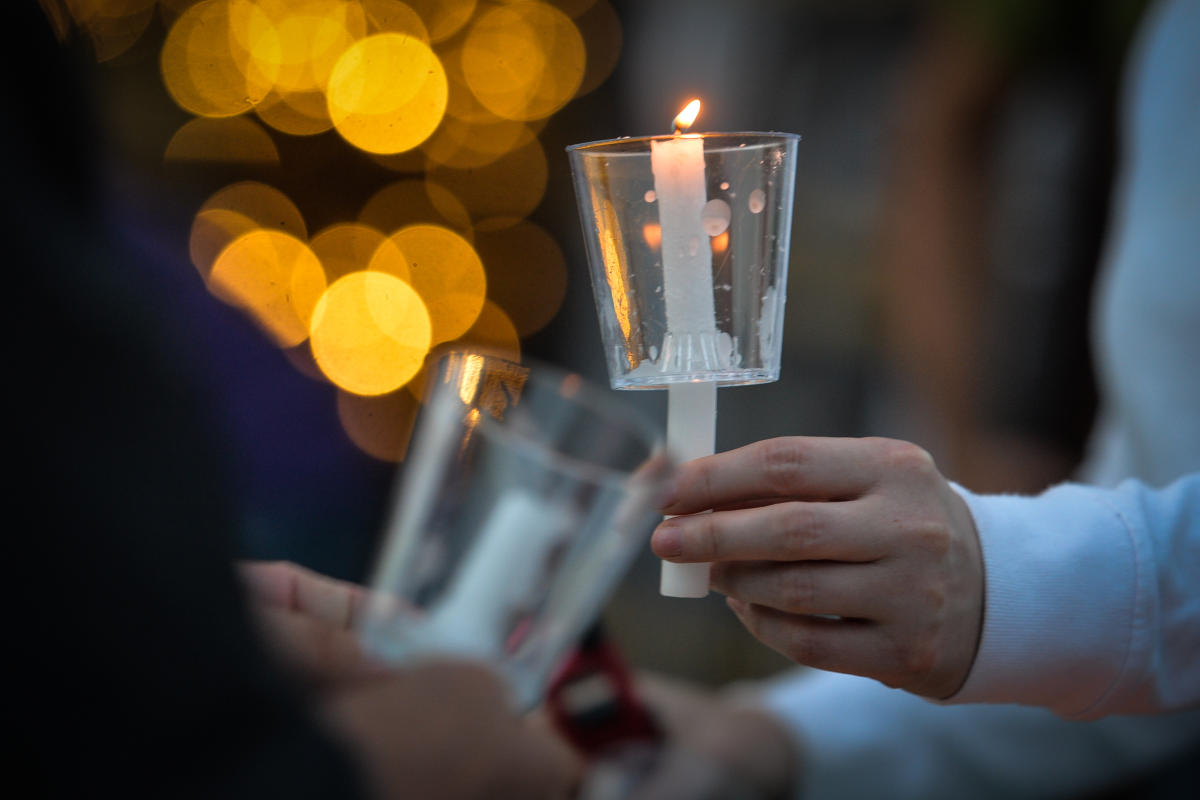 Five NCAA student-athletes in less than two months have died by suicide.

Five young people who couldn’t hold on one more day.

We have to talk about it.

For Katie Meyer. For Jayden Hill. For Robert Martin. For Sarah Shulze. For Lauren Bernett.

If you’re on athletic scholarship, there’s pressure to always be at your best because for most college athletes, scholarships are one-year contracts — meaning they can be rescinded for pretty much any reason. If your family is not well-off, you may believe that losing your scholarship means you will have to leave school and lose not just the team and friends you’ve come to love but a chance at a “good” life or career. Or even if you do have the means, it may still feel like an embarrassment to have your scholarship stripped.

If your family spent thousands of dollars for your youth sports pursuits to help get you to the level of college athletics, you may feel you’re letting them down or it was all a waste of money if you aren’t getting a lot of playing time. If you were a superstar in your hometown who harbored NCAA title dreams or Olympic hopes but are your college program’s third-best 800-meter runner or a key midfielder off the bench, that could be a hard thing to accept.

If your coach is constantly negative, mentioning your eating habits or body shape and discouraging even using ketchup, or your coach makes verbally abusive remarks, including racist ones, and throws basketballs at you and teammates, that can be overwhelming. Maybe a coach is physically abusive.

Maybe it has nothing to do with your sport at all. Maybe you believe you must be perfect in everything you attempt and any perceived failure is unbearable.

Maybe it’s a little bit of all of these things. Maybe it’s none of them.

We may never know what drove these five athletes to die by suicide. We do know that even one is too many. Five in eight weeks is a crisis.

Anna Cockrell, the American hurdler who in 2021 became just the second woman to win both the 100-meter and 400-meter hurdles titles at the same NCAA championships and then went on to make the U.S. Olympic team in the 400 hurdles, caught the attention of many at the U.S. Trials. After making the team, she was sobbing on camera during an NBC interview, revealing that just two years earlier she’d basically given up on herself and “didn’t want to be here anymore.”

Cockrell would go on to detail that after the death of her beloved grandfather during her freshman year at the University of Southern California, she decided that the way to cope with the loss was by burying her sadness and working harder than she’d ever worked before. She took on an unrelenting schedule of classes, track commitments and volunteer work, and it led to feelings of isolation, depression and suicidal thoughts. USC coach Caryl Smith Gilbert, along with another friend and a therapist, showed concern and helped Cockrell open up and get out of her depression.

She held on long enough.

The NCAA has a “best practices” tool for supporting the mental health of athletes at member schools, but it doesn’t feel like enough. Getting a flyer explaining what’s available in terms of help and “encouraging” coaches to foster a positive environment are the minimum. All colleges have mental health professionals on campus for all students to utilize, but athletic departments are not mandated to have them on staff like they have physical health professionals. If you’re carrying a full class load plus practicing and traveling and competing 20 or more hours a week, fitting in time to get to the campus health center to see a therapist can feel like an impossible task and easily put off because so many other things feel more important, or you’ve flat-out been told they’re more important.

And let’s be honest: While being a college sports coach signals to many a certain skill set and breadth of knowledge, that’s not always the case. Some coaches bark that sports have to come first. Some mock and belittle even the suggestion of weakness, whether physical or mental. Some might feel so much of their own pressure that they need help, don’t get it and lash out at athletes. Some believe that a motivational speaker is the same as a mental health provider. Some think empty platitudes like “rise and grind” are helpful. Frankly, some people just shouldn’t be coaches, certainly not of kids and young adults.

Thankfully, athletes at the highest levels have gotten OK with saying they aren’t always OK. Cockrell, Naomi Osaka, Simone Biles and Dak Prescott are among those who have talked about their mental health struggles and how they’re navigating it all.

But clearly something is still wrong. Five student-athletes dying by suicide in a matter of weeks tells us that.

If you or someone you know may be struggling with suicidal thoughts, you can call the U.S. National Suicide Prevention Lifeline at 800-273-TALK (8255) any time day or night. Crisis Text Line also provides free, 24/7, confidential support via text message to people in crisis when they dial 741741.