R.I. Programs Explore Health Benefits of Being in Nature 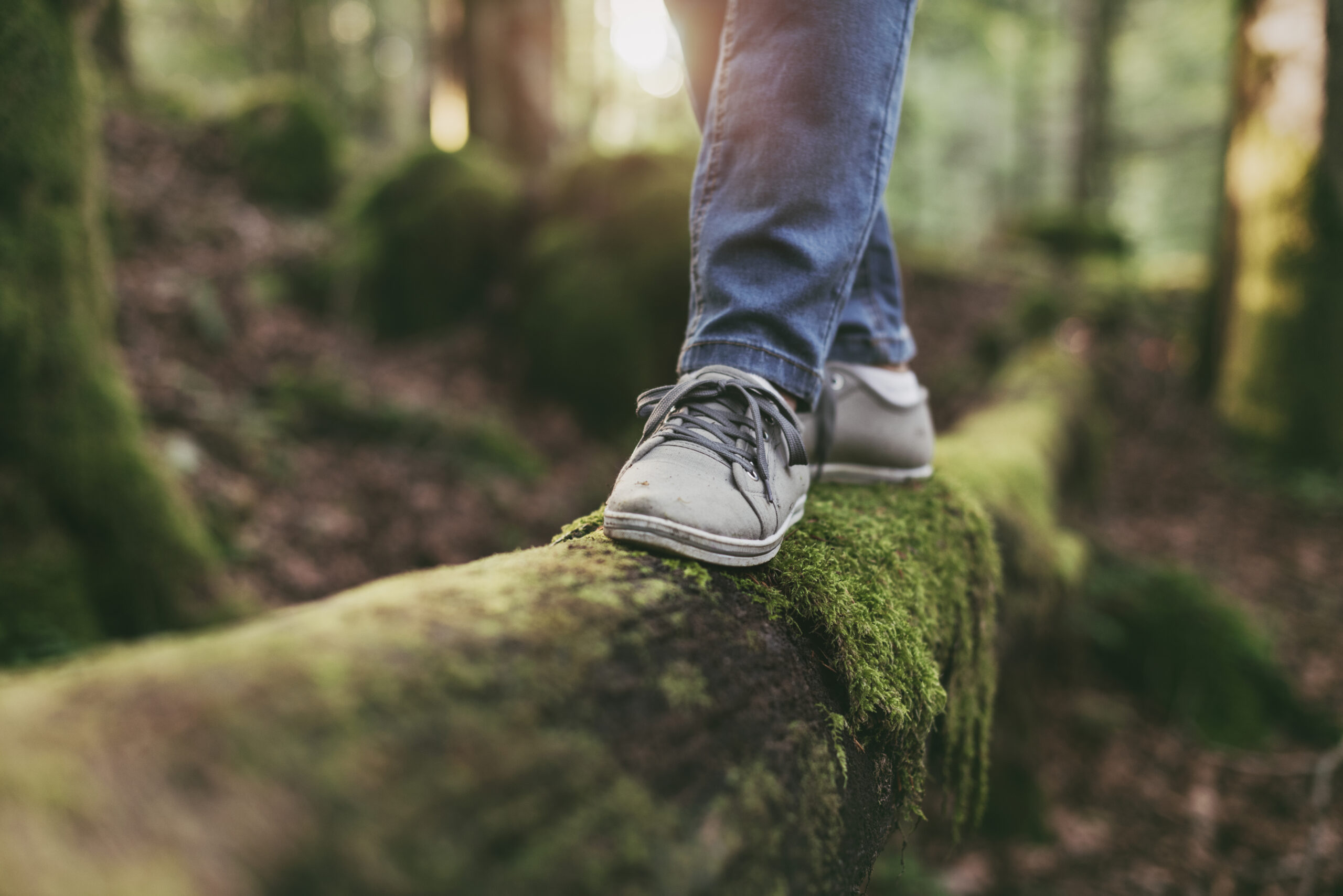 NORTH KINGSTOWN, R.I. — Walking along the wooded paths of King/Benson Preserve in Saunderstown, Joann Ayuso saw the stress drain from the youths she was guiding.

Their shoulders relaxed, smiles and curiosity replaced tension, and they were able to loosen up. One teenager told Ayuso that it was an amazing opportunity to be outside with friends, while another said it helped him reinvigorate his academic studies.

A Providence health coach and fitness trainer, Ayuso said this is precisely the reaction she hopes kids will have when they experience nature safely and equitably. That is why she founded Movement Education Outdoors in 2018, to provide opportunities like hiking, snowshoeing, camping, and cross-country skiing to Rhode Island youths of color and those with limited resources.

Evidence abounds on the interconnectivity between kids and nature, and that time outside reaps myriad benefits. The healing power of nature across all ages impacts weight management, stress relief, improved concentration and memory, increased creativity, and an overall healthy lifestyle, according to the Student Conservation Association. According to a Scientific Reports study, British researchers found that spending 120 minutes a week in natural environments encouraged good health and well-being, and the U. S. Centers for Disease Control and Prevention advises daily outdoor play for children up to 6 years old to prevent obesity.

The outdoors has become the balm our pandemic-weary selves needed, during a time when mental health, physical health, and well-being are in jeopardy nationwide. The National Institutes of Health identified COVID stress syndrome as a legitimate disorder, akin to post-traumatic stress disorder, while Mental Health America reports nearly 20 percent of all adults suffer from some form of mental illness, continuing the trend of declining mental health.

“The pandemic brought so much stress to all of us, whether you’re Black, Brown or White,” Ayuso said. “Stepping outside, getting 10 minutes of Vitamin D, or forest bathing, listening to a brook and birds for 15 minutes, it all changes patterns of neurotransmitters in our brain. Indigenous people have known that for thousands of years — we don’t need research to know that being outside and being in community is beneficial.”

Medical providers also take seriously the health benefits of nature. While some doctors in 34 states, including Connecticut and Vermont, are prescribing nature as a promising and effective approach to health care as part of the Park RX initiative, most Rhode Island doctors don’t physically prescribe “outdoor time” on traditional notepads. But Joanna Brown, a family physician and clinical associate professor of family medicine at Brown University, recommends physical exercise to patients, outdoors if possible.

“I really like the idea of prescribing outdoor time, and there is evidence [of its benefit]. It’s inexpensive and it’s there. I definitely counsel my patients about exercise, and it often involves getting outside. I do advise them to go on walks and whatever is realistic for them and their condition,” Brown said. “In kids struggling with obesity, I want to help them get outside and play because it’s helpful for child development.”

She said there is no question there has been a surge in anxiety, eating disorders and mental health issues in youth, citing a Rhode Island Executive Office of Health and Human Services report that outlined a statewide increase in suicide-related emergency department visits for adolescents under the age of 18, as of May 2021.

To combat this, Brown and Ayuso are collaborating on a pilot program that would organize outdoor time and community walks to document the mental and physical impact on participants’ well-being. While still in its infancy, the program will be critical to securing additional funding for other outdoor programs to help more youth, Ayuso said.

“The safety of our kids and schools, putting food on the plate, homelessness that has increased … there are more serious issues than bringing young people outside,” Ayuso said. “But we have to collectively bring our skills and passion to the table to holistically heal people, holistically heal these issues and equity.”

Multiple environmental psychology theories claim stress reduction and attention restoration as key restorative aspects of contact with nature, said Bryce DuBois, assistant professor of environmental psychology at Rhode Island School of Design. Perceiving and being in contact with nature through various senses allows a decrease in the stress hormone cortisol and an increase in directed attention, or a heightened ability to stay focused, DuBois explained.

“From a COVID perspective, just a view to nature has real ramifications, even the ability to have plants and care for them is important,” he said. “There are built forms that mimic nature, which can have perceptual benefits. Even immersive and highly realistic virtual reality environments have been shown to have benefits from views to nature.”

DuBois cited a study on the impacts of COVID on urban green space experiences in New York City, which found that while satisfaction was equally reported and usage increased by all respondents, peoples’ sense of belonging shifted. A sense of belonging, or the emotional component of feeling at home, in a loved place and having agency over that place, was drastically different through racial and socio-economic lenses. And for those who live in cities, the equity of “belonging” can be informed by trauma or lack of safety in a green space, DuBois and Ayuso agreed.

“My outdoors experience is privileged by my white cisgender heteronormative identity, so I get the benefits of stress reduction. But someone else might not have those same lived experiences and have to be more aware” of how people are perceiving them when outside, DuBois said. “The wealthy white neighborhoods had a greater sense of belonging than the BIPOC neighborhoods in the NYC study.”

Multiple Rhode Island cities attempted to combat this by endorsing the Trust for Public Lands’ 10-Minute Walk Campaign, enabling safe access to a park or green space within a 10-minute walk from home. The idea is that the closer people are to a green space, the more likely they are to use it and reap the health benefits. All Central Falls residents now are 10 minutes from a green space, or one of 14 parks across the city, while 99 percent of Providence residents and 94 percent of Newport residents live 10 minutes from a park.

Not all Ocean State municipalities are participating in the program, nor do all participating towns have such high results. The impacts to health are still being determined, too. But Rhode Island Families in Nature founder and Rhode Island Environmental Education Association executive director Jeanine Silversmith believe it’s one small step in a crucial marathon for the good of public health.

“The data is there that people who spend time outside, even if not in wilderness, the mental health benefits are pretty remarkable. And I know from my own experience that my stress level, and my children, if we can’t go outside, we feel stressed,” Silversmith said. “There is something beautiful to be said about a mom talking to another mom, their kids picking up logs and looking for bugs and getting dirty. Some parents are at first really uncomfortable with that and then they loosen up and recognize there’s something tangible there. It’s OK if they get dirty. It’s nature.”