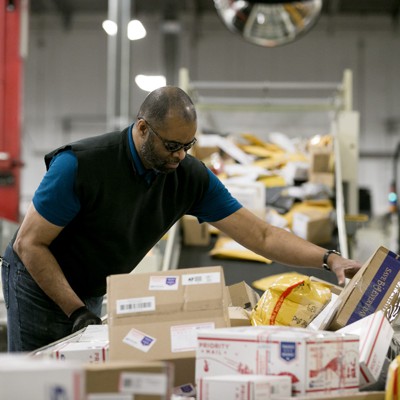 The landmark Postal Service Reform Act (H.R. 3076) Congress passed this week ends the mandate that the Postal Service pre-fund its retiree health benefit costs and requires postal workers to enroll in Medicare Parts A and B when they turn 65. The latter provision could end up affecting all federal employees.

In the private sector, very few Americans have a choice of whether or not to enroll in original Medicare (Parts A and B) at age 65 if they want to maintain their employer-sponsored health insurance in retirement. Some companies offer retiree health benefits exclusively through Medicare Advantage plans.

Of course, many employees lose their employer-sponsored health insurance entirely when they retire. They can enroll in either a Medicare supplement plan (also known as Medigap) or a Medicare Advantage plan. Both are available to people who have Medicare Part A and Part B. Most private sector retiree health plans are designed to supplement Medicare, and might not pay your medical costs during any period you were eligible for Medicare but did not sign up for coverage. Military retirees also must prove they are enrolled in Medicare Parts A and B if they want to continue coverage under TRICARE, which is then called TRICARE for Life.

The decision of whether or not to enroll in Medicare, especially Part B, is one of the most vexing federal retirees face. This is because adding Part B comes with a standard premium in 2022 of $170 per person per month. But many FEHB plans will waive plan deductibles, copayments and coinsurance when services are covered by Medicare as the primary payer. Some also offer a partial rebate to offset the Part B premium. In addition, the FEHB plans that cater to retirees with Medicare as primary coverage generally have lower premiums than those that don’t offer such incentives.

About 75% of current Medicare-eligible retirees are enrolled in Parts A and B and according to the American Postal Workers Union, 80% of eligible postal retirees are, too.

Under the postal reform measure, current USPS retirees will have a special period during which they can choose to enroll in Medicare with no late enrollment penalty or continue with FEHB coverage alone. An earlier version of the bill could have unintentionally increased health insurance premiums for all non-postal federal employees and retirees and postal retirees without Medicare by moving some, but not all, postal employees and retirees into separate risk pools in a new Postal Service Health Benefits program.

FEHB premiums are based on how much its participants use health services and the average costs for those services during a given year. Older employees with more health conditions and without Medicare coverage tend to drive prices up, while younger, healthier members keep costs down. The version of the postal bill that eventually passed balances the risk pools, and the Office of Personnel Management now estimates premiums should go down for postal and non-postal employees and retirees alike.

The new law keeps all postal workers in FEHB, in their own group. All workers will be able to keep their current plans and avail themselves of the annual open season to choose other options within FEHB.

Future postal retirees will be required to enroll in Medicare A and B at 65. Retiree health coverage will then become a combination of Medicare and FEHB.

The question now is whether that requirement will eventually be extended to all federal employees, and what effect that would have on the premiums retirees pay. If that happens, at least federal employees will face one less tough decision at the time of retirement.