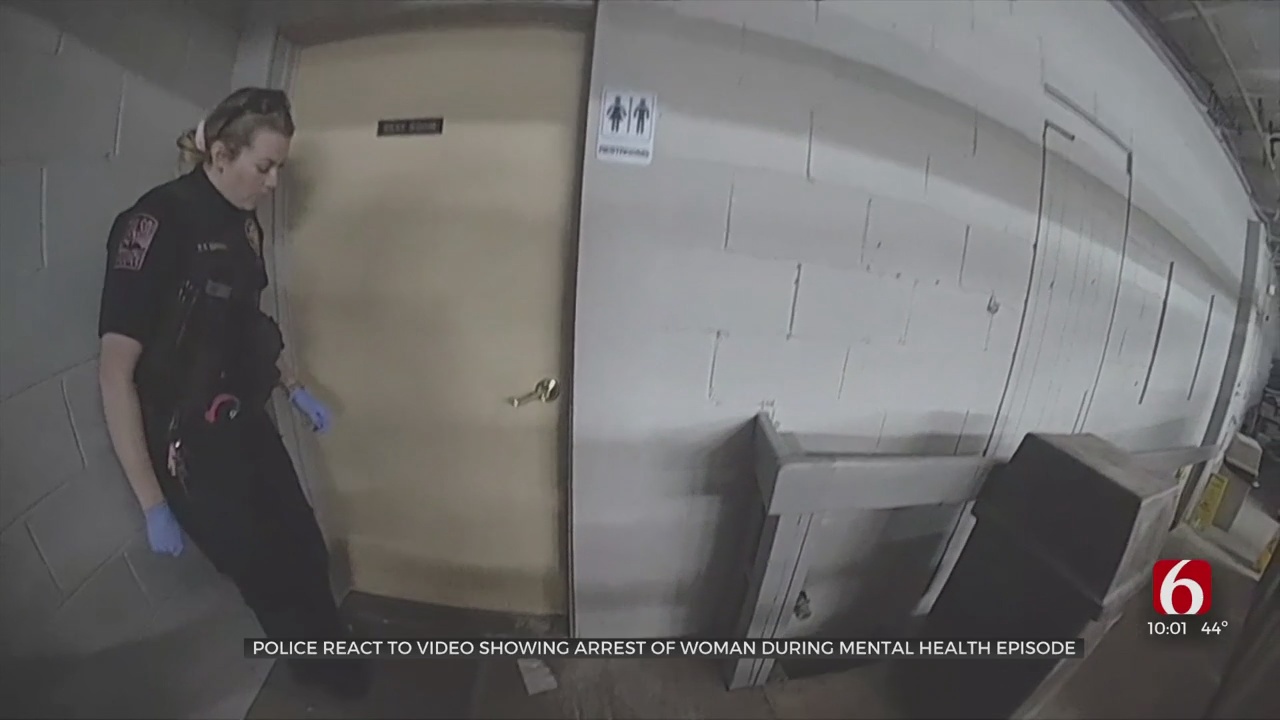 Some people are upset with Tulsa Police after body cam footage from last October shows them arresting a woman experiencing a mental health episode. The video circulating on social media is about six minutes long. Tulsa Police released four hours of un-edited body cam video and a statement giving context. Captain Richard Meulenberg said the officers followed policy in the way they handled the situation but admits some of the things that were said by a couple of the officers were insensitive and those officers have been talked to.

The video attached shows body camera video from when Tulsa Police arrested a woman on October 25, 2021. Police said a judge later dismissed the charges because of her mental health condition. Police said someone got the video through an open records request but chose to edit it to less than six minutes and post it online. Police said that didn’t give proper context.

“That just showed really the really probably the most egregious parts of what they believe the officers were doing incorrectly on this, ” said Tulsa Police Captain Richard Meulenberg.

It happened at the Restore near 15th and Sheridan where a woman had locked herself inside the bathroom for four hours, leaving her dog alone, outside in a U-Haul.

Officers said the Community Response Team that deals with mental health calls was tied up on another case. “We only have one team that floats around. We’d like to have 10 of them. We do appreciate them. They just weren’t available,” said Captain Meulenberg.

A second officer arrived at the scene. Officers spent 15 minutes trying to convince the woman to come out. The woman wanted to hear the manager say she had to go so an employee got the manager on speakerphone. But the woman didn’t believe it was the manager and didn’t come out.

Officers then learned the woman had both aerosol and a lighter and were afraid she was going to start a fire.

The officers decided to force the door open and decided not to use pepper spray but pin the woman to the floor.

“We have no prior history with her, so we don’t know what’s on the other side of the door,” said Captain Meulenberg.

Police said the woman had a minor facial injury that was treated by EMSA, and she kicked one of the officers.

“Considering the actions that the officers took to put her in custody, that was within policy. So, the issue isn’t the actions, it’s the banter. It’s this somehow playfulness that people aren’t comfortable with their professional law enforcement,” said Captain Meulenberg.

Mayor G.T. Bynum said in a statement, “Tulsa Police leadership brought this video to my attention last month as part of their investigation. It is heartbreaking to see a fellow Tulsan suffering a mental health crisis in a video, and it is a reminder of the difficult situations officers deal with in the field every day. I am confident in the investigation conducted by the Tulsa Police Department.”