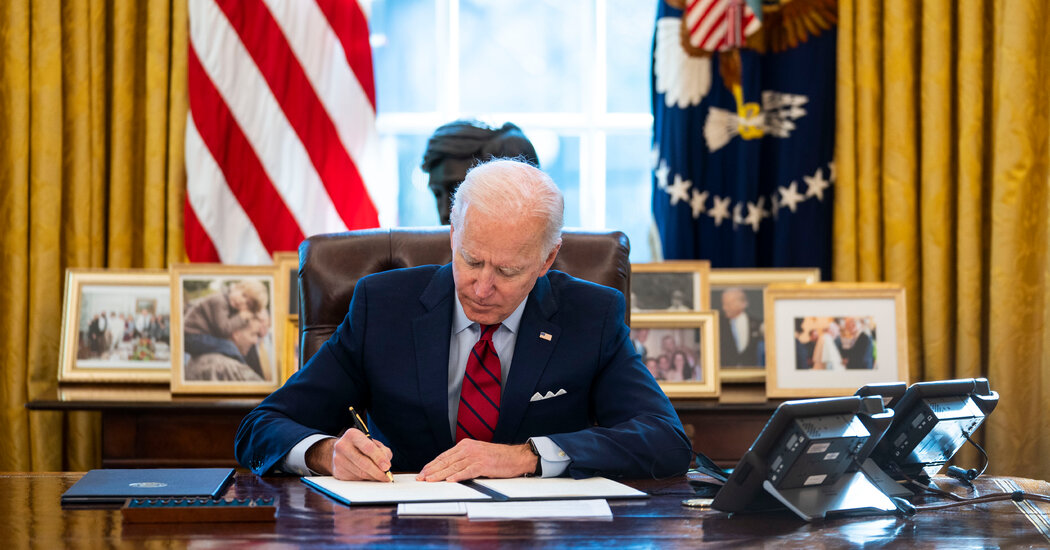 The story so far: Obamacare, which was enacted in 2010 but didn’t go fully into effect until 2014, was and is a bit of a Rube Goldberg device. Instead of simply paying Americans’ medical bills, it expanded Medicaid while using regulations and subsidies to encourage an expansion of private insurance. It fell far short of universally guaranteed coverage, but it nonetheless led to a large decline in the percentage of nonelderly Americans without health coverage.

Trump, as I said, tried but failed to undo this achievement. He did, however, preside over a gradual erosion of health coverage, probably reflecting a lower-profile strategy of sabotage on multiple fronts.

Despite this erosion, the core of the Affordable Care Act remained intact; in 2020 the AC.A. really proved its worth, helping (with an assist from emergency federal programs) to sustain health coverage despite huge job losses.

And the Biden administration has moved to strengthen the program. It increased outreach to potential enrollees, which Trump’s officials had drastically scaled back, while the American Rescue Plan substantially expanded subsidies for Americans buying insurance on health care exchanges. According to the National Health Insurance Survey, the percentage of nonelderly Americans without health insurance fell significantly between the fourth quarter of 2020 and the third quarter of 2021, bringing it almost back to its pre-Trump low.

The months ahead look set to be better still. Enrollment in the A.C.A.’s exchanges is limited to a few months a year, to deter people from waiting until they get sick to buy insurance. The enrollment season for 2022 coverage is just winding down now, and we’re seeing blockbuster numbers: More Americans are signing up for coverage than ever before.

We still won’t have the kind of universal health care guarantee that every other advanced nation has managed to provide its citizens, but we are getting closer.

Unfortunately, this progress faces huge political risks. The rescue plan provided only two years of enhanced subsidies; unless Democrats either pass an extension quickly or hold both houses of Congress, the subsidies will soon be gone. And if Republicans get unified control in 2024, they’ll surely send us back to the era when health insurance was available only to people who had either jobs providing good benefits or impeccable medical histories that made them attractive to private insurers.