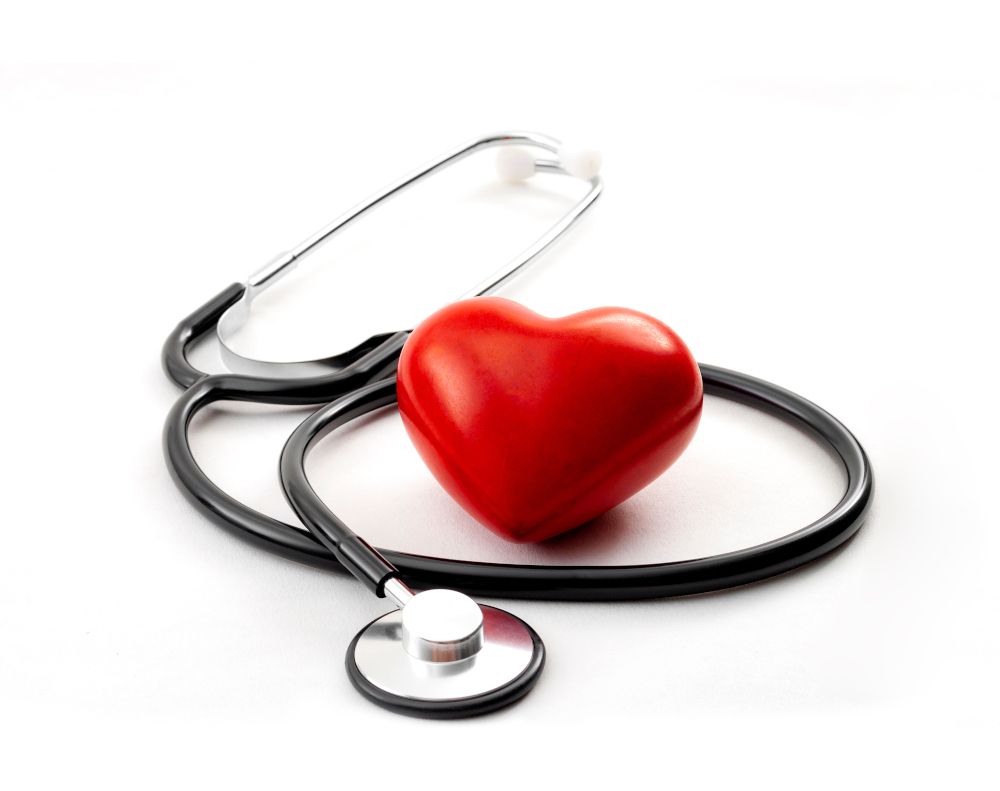 As cardiovascular concerns register among younger consumers, too, supplement brands and ingredient suppliers are responding with a renewed emphasis on robust research, which ultimately is yielding more effective formulations.

Companies like ENovate Biolife are sourcing these synergistic ingredients from the plant world. Pathak points to Terminalia arjuna as one such botanical with heart health promise. “T. arjuna, derived from tree bark, has antioxidant, anti-inflammatory, and antimicrobial properties,” Pathak explains. “It strengthens and tones the heart muscles, and it contains a host of bioactive compounds like tannins, flavonoids, and ellagic acid. The arjuna tree also has strong anti-hypertensive properties.”

Launched in 2020, ENovate Biolife’s branded Oxyjun ingredient is a sustainably sourced, DNA-authenticated T. arjuna extract that is free from arjunolic acid. Oxyjun was recently examined in an in silico molecular study2 to explore the ingredient’s mechanism of action. This study, which was reviewed by ENovate Biolife Cofounder Jayesh Chaudhary, identified the bioactive phytochemicals in Oxyjun and assessed their binding affinity to eight protein receptors associated with the cardiovascular system. The study found that arjunic acid and eight other compounds in Oxyjun exhibited strong bioactivity and good docking scores.

Another botanical gaining ground as a heart health ingredient is a common kitchen staple with a twist. This unique variant of garlic (Allium sativum) demonstrates potent cardiovascular effects.

Aged black garlic is a botanical ingredient created by inducing a Maillard reaction in raw garlic for an extended period. The Maillard reaction, which uses heat to break down proteins, is the same reaction responsible for the golden brown hue of a toasted marshmallow or a seared steak.

In March 2022, Pharmactive Biotech Products (Madrid, Spain) launched a branded aged black garlic ingredient for heart health called ABG+, designed for gummy products. Aged black garlic has long been regarded as a culinary delicacy in Asia, points out Maggie McNamara, marketing director for Gencor (Irvine, CA). (Gencor is the exclusive U.S. distributor for Pharmactive.) Its active ingredient, S-allylcysteine, is stable enough for use in both gelatin and pectin gummy formulations, she adds. ABG+ is standardized to greater than or equal to 0.1% S-allylcysteine.

“ABG+ has been associated in several studies with the inhibition of oxidative damage as a result of its potent antioxidant and cardioprotective properties,” McNamara says. “ABG+ decreases coronary perfusion pressure, thereby improving heart contraction, balancing blood pressure, and helping to alleviate oxidative stress.”

Marine-sourced ingredients are demonstrating heart health effects in clinical trials. But do all marine sources of omega-3s work similarly?

One randomized, single-dose, single-blind, crossover trial3 examined the effects of krill oil, krill meal, or fish oil on plasma triglycerides and phospholipids in 15 subjects over the course of 72 hours. The subjects were randomly assigned to receive a single 1,700-mg dose of EPA and DHA fatty acids from each of the three sources and were monitored for blood EPA and DHA concentrations, as well as plasma phospholipids and triglycerides, for the next 72 hours. Subjects had blood samples taken at baseline and eight times during the next three days, and ate standardized meals during the study period.

The study found that while all three interventions caused an increase in phospholipid fatty acids, krill oil caused the most significant increase—by a substantial margin. The authors concluded that the EPA and DHA fatty acids in krill oil may be more bioavailable than the omega-3 fatty acids in the fish oil and krill meal in the study.

Marine ingredients are also making their way into heart health blends. For instance, Miller notes, “There are many possibilities for krill oil in today’s market. As a unique marine phospholipid complex of choline and omega-3s, krill oil is a standalone ingredient—but there’s no question that its unique format allows it to blend with other ingredients efficiently.”

While the primary demographic for heart health supplements is older adults, targeting younger consumers should become a priority for brands, Hachey advises. The recommended dose regimen of EPA and DHA omega-3s has a preventative heart health effect when started in early adulthood.

“According to the European Food Safety Authority, consuming 250 mg/g of EPA and DHA daily contributes to normal heart function,” Hachey says. “The recent pandemic has alerted the younger generations to the benefits of having robust health at every age. These younger generations are more aware than ever before that proactive, healthy lifestyle steps are essential. Communicating the heart health benefits of omega-3 concentrates is likely to resonate with them.”

Popular for gut health, probiotic ingredients are now proving they can play in the heart health arena as well.

More recently, a 2021 randomized, double-blind, placebo-controlled trial5 examined the effects of Floradapt Cardio and red yeast rice extract (containing 10 mg of monacolin K) on LDL cholesterol and other biomarkers of blood lipid concentration in 39 subjects with high total cholesterol (200 mg/dL or more). Subjects were randomly assigned to receive either one capsule of Floradapt Cardio per day, or a matching placebo, for 12 weeks. The subjects were examined for body weight, BMI, body fat percentage, blood triglycerides, LDL cholesterol, and total cholesterol at baseline and after 6 and 12 weeks.

After 12 weeks, the subjects in the experimental condition exhibited statistically significant reductions in LDL cholesterol, total cholesterol, and triglycerides after adjusting for previous medical treatment for high cholesterol. (While the subjects in the experimental condition did experience reductions in body weight, body fat, and BMI, these findings were established to be not statistically significant in between-group analysis.) The study authors concluded that Floradapt Cardio effectively reduces LDL and total cholesterol.

“This study represents a relatively new concept in applying probiotics to support overall heart health,” Shastri says. “They show how probiotic bacteria go beyond the common view of their uses for benefitting gut health. The ability of probiotic microorganisms to deconjugate bile via production of BSH, bile salt hydrolase, is associated with lower cholesterol levels. Combining Floradapt Cardio with statins supported the lowering of LDL levels even further.”

Research has found that in addition to their effects on cholesterol levels, probiotics can influence the risk of coronary heart disease. Zac Sniderman, director of business development, North America, OptiBiotix Health (UK), says a recent study6 on the branded OptiBiotix Lactobacillus plantarum ingredient LPLDL showed that the ingredient can reduce non-HDL cholesterol and apolipoprotein B. This study, a randomized, double-blind, placebo-controlled pilot trial funded by OptiBiotix, assessed the effects of the L. plantarum on cholesterol in 16 adults with high cholesterol. The subjects were randomly assigned to receive either 4 billion CFU of L. plantarum per day, or a placebo, for six weeks, followed by a three-week washout period. The study found that six weeks of L. plantarum consumption decreased total cholesterol by 34.6%, LDL cholesterol by 28.4%, non-HDL cholesterol by 17.6%, and apolipoprotein B by 28.6%.

“More recently, OptiBiotix has been investigating the effects of novel prebiotics, such as xylo-oligosaccharides (XOS), with our probiotic strain LPLDL,” Sniderman adds. “Our research has shown that when XOS is combined with certain probiotic strains, there is an increased rate of growth activity in the gut, accentuating the health benefits.”

Buoyed by new studies demonstrating its positive effects on the arteries, vitamin K2 is coming to the forefront of cardiovascular health. Recently, there’s been a push for further research and development to continue raising the ingredient’s profile. Two recent developments have given vitamin K2 further credibility for heart health, says Stacey Smith, DC, marketing and communications manager, North America, Gnosis by Lesaffre (Italy).

“First, world-renowned vitamin K researchers at Maastricht University in The Netherlands teamed up with the Cleveland Clinic to create a comprehensive narrative review of vitamin K2’s overlooked role in heart health,” Smith says. “The paper presents a thoughtful organization of data, which is desperately needed to petition for an overall vitamin K Recommended Daily Intake, and not solely based on vitamin K1.”

This narrative review7 examined the body of research around the role of matrix Gla protein in cardiovascular health as well as the role of vitamin K2 in supporting heart health. Based on the findings of at least seven clinical trials, the study authors concluded that vitamin K2’s role in heart health extends further than simply preventing arterial calcification; rather, vitamin K2 supplementation can prevent or slow the progression of arterial stiffening, heart failure, endothelial dysfunction, and diabetes.

Gnosis by Lesaffre recently announced a new 1.5-year clinical trial, called VIKIPEDIA, on its branded vitamin K2 ingredient MenaQ7. This trial, Smith says, will examine the cardiovascular effects of the highest dose of MK-7 to date, with the experimental group subjects receiving 1 mg per day.

“In 2018, Kappa Bioscience supported a new independent research project with the goal of expanding our understanding of the link between vitamin K2 MK-7 and cardiovascular health,” Ripcke explains. “The AVADEC study set out to investigate the effects of Kappa Bioscience’s MK-7 solution, K2Vital Delta, in combination with vitamin D3, on calcium deposits in the aortic valve and coronary arteries.”

As of press time, the results of the AVADEC study weren’t publicly published. But Ripcke says the study will provide new data suggesting that MK-7 and vitamin D may slow the progression of coronary artery calcification.

Various ingredient types are entering the heart health market, capitalizing on consumer demand for preventative cardiovascular health products. Several of these products already boast consumer familiarity, while others use exciting new research to capture market attention. As heart health ingredients start to occupy multiple veins, there will be ample opportunity to capture specific consumer segments or get creative with product positioning.