Microdoses of psychedelic mushrooms may improve mood and mental health 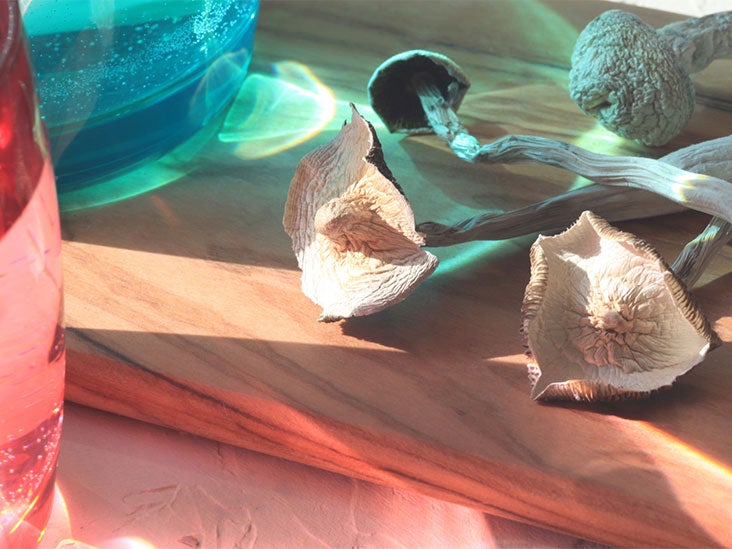 A large study recently published in the journal shows that resulted in greater improvements in mental health and mood than in individuals who did not engage in microdosing.

The study’s co-author Joseph Rootman, a doctoral student at the University of British Columbia, said that the study was “the largest longitudinal study to date” on microdosing psilocybin and one of the few pieces of research to include a control group.

“We found psilocybin microdosing to be associated with improvements in mood and mental health, which adds to the growing body of research that suggests positive benefits of microdosing specifically in the domains of mental health and cognition.”
— Joseph Rootman, study co-author

“We hope that our findings will help facilitate the development of more rigorously designed clinical trials,” he added.

In recent years, there has been a resurgence of scientific and popular interest in the potential use of psychedelic drugs for the treatment of depression, anxiety, and post-traumatic stress. For instance, psilocybin, the active ingredient in magic mushrooms, has promise in the treatment of individuals with depression, anxiety, and substance use disorders.

This has led to the adoption of a practice called which involves the consumption of small amounts of psychedelic substances that do not produce hallucinogenic effects.

Most ‘microdosers’ use about 10% of the regular dose of psilocybin, equivalent to about 100-300 milligrams of dried mushrooms, between 2-5 times a week.

However, there are obstacles to conducting longitudinal studies on the effects of hallucinogenic substances.

For instance, a significant number of participants in previous placebo-controlled microdosing studies were able to recognize the effects of psilocybin during the study. In other words, participants were aware of the treatment, i.e., not blinded, introducing the possibility of bias.

Moreover, suggest that individuals tend to have strong expectations of positive effects due to the use of psilocybin and this can result in placebo effects.

To further characterize the potential health benefits of microdosing, the authors of the present study used a naturalistic design by tracking changes in the mental health and mood of individuals who were already microdosing.

Specifically, the researchers compared changes in the mood, mental health, and cognitive function of microdosers over a period of 1 month with individuals who were not microdosing.

Microdosers who use psilocybin often combine it with other substances such as the mushroom lion’s mane which may also possess therapeutic effects. For instance, there is some evidence to suggest that lion’s mane mushrooms could of depression and mild cognitive impairment.

To better characterize the impact of these combinations on well-being, the researchers also included participants who were microdosing psilocybin along with lion’s mane and niacin.

The present study consisted of 953 microdosers using psilocybin and 180 individuals who were not microdosing. The participants completed a series of questionnaires and tasks on their mobile devices at the onset of the study and at one month after recruitment.

These assessments included self-report questionnaires to assess mood and symptoms of anxiety, depression, and stress. The researchers also assessed cognitive function and psychomotor ability, which refers to physical movements that require cognitive processing.

The researchers found that microdosers showed greater improvements in mood and larger reductions in symptoms of depression, anxiety, and stress over the study period than non-microdosers.

These positive effects of microdosing were observed in all participants, regardless of whether they used psilocybin alone or a combination of either psilocybin with lion’s mane, or psilocybin, lion’s mane, and niacin.

Moreover, microdosing psilocybin resulted in similar levels of improvements in mental health and mood across age groups, genders, and among individuals who did or did not have mental health concerns.

The only exception was female microdosers who showed larger reductions in depressive symptoms than males.

The researchers also found that older microdosers showed larger improvements in the psychomotor test, but not cognitive function, than non-microdosers. This effect was largely due to older participants over the age of 55 years using a combination of psilocybin, lion’s mane, and niacin.

In sum, the results of this study add to the current evidence on the beneficial effects of microdosing psilocybin on mental health and mood, including among individuals with mental health concerns.

Although the study had a large sample size, the number of individuals in various subgroups according to age, gender, and substances used for microdosing was relatively small. Thus, these findings need to be replicated with larger sample sizes.

Dr. Balázs Szigeti, a postdoctoral researcher at Imperial College London, also noted that the present study used a control group but placebo effects in the microdosing group cannot be ruled out.

“Relative to this weak control, microdosers showed some improvements, mostly with moderate effect sizes. This means that on most scales the magnitude of the improvements was only modest. Therefore, this study helps to establish that in uncontrolled / weakly controlled studies microdosing shows some benefits,” he continued.

“The major weakness of the study is the lack of placebo control. Therefore, it is unclear whether the source of these improvements is positive expectancy or the pharmacological action of microdosing,” he pointed out.

“So far, only a few placebo-controlled studies have been conducted on microdosing with mixed results. Due to the lack of a scientific consensus and the great public interest, I expect this area of research to grow in the coming years that can hopefully clarify this question.”
— Dr. Balázs Szigeti