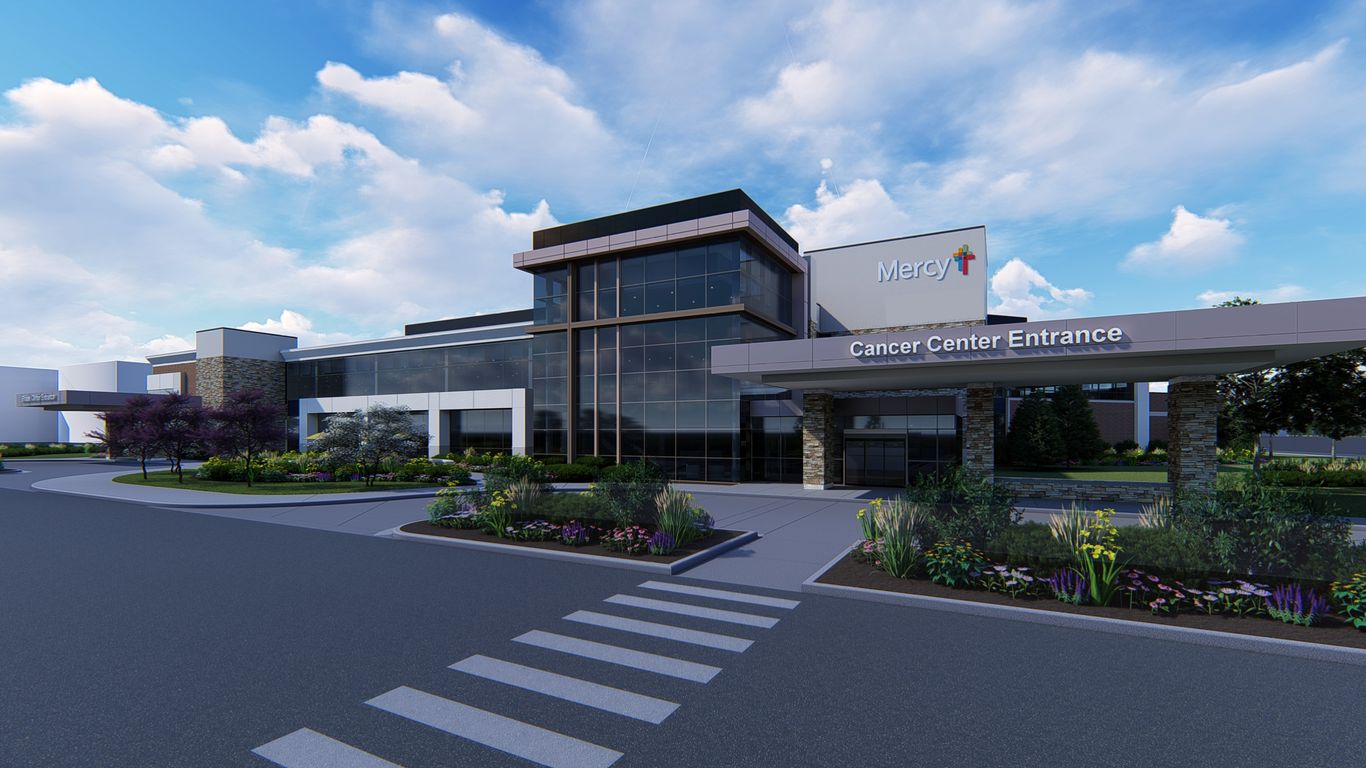 Mercy Health System on Tuesday announced several NWA expansion projects it plans to complete over the next five years.

Why it matters: The scale-up is pretty drastic, and Mercy officials told Axios the additional space, services and staff are needed to support the region’s growing population as well as surrounding areas.

Details: Plans include a free-standing cancer center that will provide services such as chemotherapy and radiation.

Yes, and: The expansion also involves:

What they’re saying: Mercy will need to recruit sub-specialists across the board, Cooper said. That could mean more orthopedists who specialize in hip and knee replacements or electrophysiologists in cardiology, for example.

Context: This is the second phase of Mercy NWA’s expansion. The $300 million investment announced in 2016 covered projects including a seven-story tower for additional bed space at its Rogers hospital, a 22-bed orthopedic and spine unit, and its Springdale clinic with an emergency department and specialty services such as cardiology and urology.

Flashback: In 2019, the Northwest Arkansas Council released a report estimating NWA was missing out on $1 billion a year in the health care economy.

The big picture: “We believe this will be an epicenter for health care, and we’re going to make a significant step forward in achieving that with this phase 2, but I don’t think phase 2 is going to be the end of this journey and there,” Gehrig said.