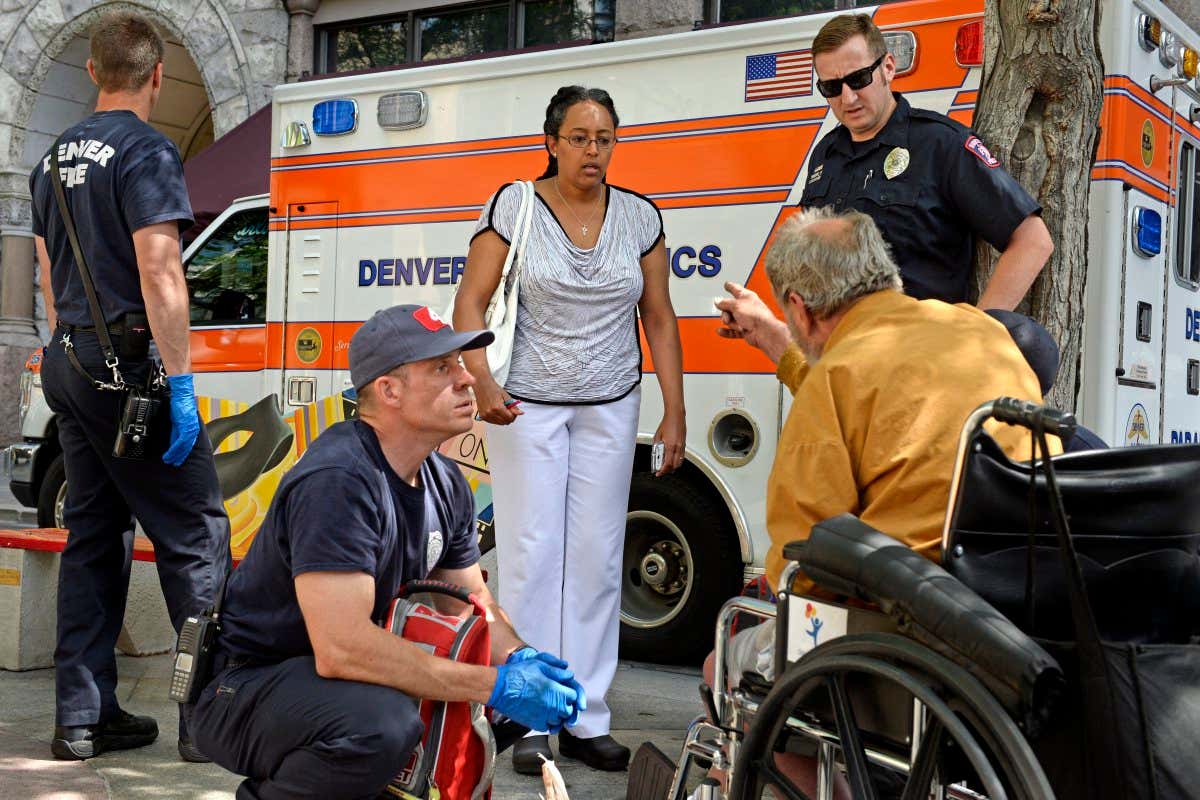 A six-month pilot programme in Denver, Colorado, that had mental health specialists instead of police respond to non-violent emergency calls reduced non-violent crime by 34 per cent

Cities across the US, including New York, Washington DC and San Francisco, are experimenting with programmes to address mental health emergencies without police involvement. After the implementation of a pilot programme in Denver, non-violent crime rates decreased by 34 per cent in participating police precincts.

The Support Team Assisted Response (STAR) Program in Denver has mental health specialists and paramedics respond to non-violent emergencies instead of police.

Rather than arresting individuals for minor offences such as trespassing or public intoxication, STAR staff provides them with on-site support and directs them to further care. It operates weekdays between 10am and 6pm.

STAR was trialled in Denver from June 2020 through November 2020 with a two-person team, after which the Denver City Council voted unanimously to continue and scale up the programme. During its six-month trial, STAR responded to 748 incidents, with an average of six incidents per 8-hour shift.

Thomas Dee and Jaymes Pyne at Stanford University in California analysed criminal offences reported in all Denver police precincts before and during the STAR programme and found that non-violent crime rates decreased significantly in precincts where STAR operated compared with those without STAR. There was no impact on rates of violent crime.

“[People] might be concerned that not having police at lower-level crimes might lead to an escalation of something more violent, and that simply did not happen,” says Dee.

Impact on crime rates also appeared to compound over time. As of June 2020, precincts saw a 29 per cent reduction in non-violent crime, and by November 2020, it had dropped 38 per cent compared with precincts without STAR.

Additionally, a similar drop in non-violent crime rates was observed during hours when STAR wasn’t in operation. This may be because redirecting individuals to appropriate care can prevent future incidents during the nights and weekends, says Dee.

“When an individual is in a mental health crisis, it doesn’t last for eight hours and go away,” says Dee. “Bringing health care to individuals in such situations can direct them to appropriate care. If they’re not getting that care, they might be back on the street and offending again the next day.”

STAR was also more cost-effective than traditional police programmes. Dee says that in six months, STAR prevented an estimated 1376 criminal offences and cost $208,141. That implies a cost of $150 per offence, says Dee. In comparison, minor criminal offences cost the criminal justice system an estimated $646 due to related expenses like imprisonment and prosecution.

“I think we still need to learn more about these [community response programs] like whether the success in Denver is being replicated in other cities,” says Dee. “But it’s the kind of promising intervention that should appeal to people across the political spectrum.”

Anecdotal evidence from research Dee is currently conducting with other police agencies suggests that not having to deal with these types of emergency calls can improve the mental well-being and retention rates of police officers, he says.

During the first few months of operation, Denver police officers quickly recognised the benefits of STAR and began to ask when the programme would be expanded, says Paul Pazen, the city’s chief of police.

“We are very proud of this [approach],” says Pazen, who helped form and launch STAR. “Dealing with individuals in crisis can be very challenging. What I know to be true from experience and from studies is that STAR produces better outcomes for individuals in crisis, and that is amazing. That is our goal.”

More on these topics: