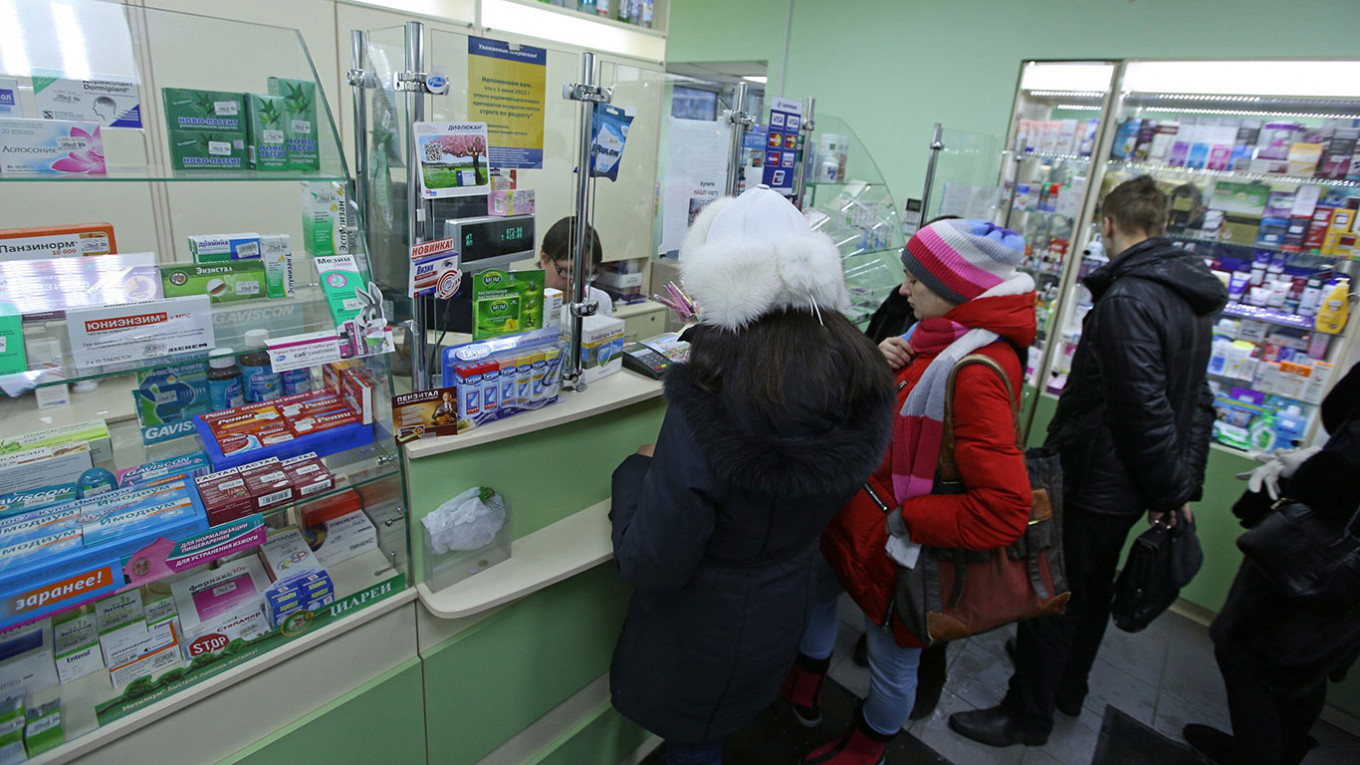 Sasha, a 26-year-old animal behaviorist from Moscow, had seen a steady improvement in her mental health over the last three years.

Thanks to her passion for her job and rigorous micro-management of her medication, she was able to build a successful blog with a 27,000-strong audience and shake off a depression that plagued her from 2016-2018.

All of that progress was erased on Feb. 24, when Russian tanks rolled over the Ukrainian border.

Sasha is one of many Russians reporting growing feelings of anxiety and depression since the start of their country’s invasion of Ukraine and resulting Western sanctions that are expected to devastate the economy.

From Feb. 28-March 6, sales of over-the-counter anti-anxiety medications and antidepressants have quadrupled, in what newspaper Kommersant dubbed the “start of a mass depression.”

“Since the beginning of the war, my life has completely changed,” Aliya Miftakova, a 25-year-old marketing specialist living with bipolar disorder, told The Moscow Times.

“I start every day by watching the news, just scrolling through the feeds of various publications and feeling completely helpless and frustrated,” Miftakhova said.

Bank manager Vladislava, 21, echoed these sentiments: “I feel a sense of heaviness, as if the world has two atmospheres, and they’re slowly crushing me,” she said.

Obtaining statistics on mental health in Russia can be difficult at the best of times, Lebedev said. But American analytical firm Gallup’s “happiness score,” which monitors ordinary Russians’ Twitter activity, found a severe decline in happiness since the eve of the invasion, with a surge in the words “ashamed,” “scary” and “against” used by Russian accounts.

For those already living with mental illness, who can face more challenges adapting to abrupt or significant life changes, the turmoil of war and economic crisis can quickly send them spiralling, explained one psychiatrist who runs a private Moscow clinic serving around 500 clients monthly.

“What I do every day, basically 24/7 for the last three weeks, is to try and contain my patients’ emotional responses and to provide them with tools to cope with everyday life better,” the psychiatrist, who asked to remain anonymous, told The Moscow Times.

Yet trying to gain a grip on one’s own mental health in such uncertain times is a task sometimes even beyond the capabilities of psychiatric care.

“One of my clients’ mothers lives in Mariupol and received a brain injury due to bombardment. Another was displaced from Donetsk and suffers from OCD. Many, as a result of impulsive decisions, left Russia for the nearest possible country, any country, and now have no clue what to do next,” the psychiatrist said.

“My job is to contain all this chaos, and to remind people that they are human beings with human needs,” the psychiatrist added.

On top of anxiety over the war, sweeping Western sanctions have disrupted the supply of medications or sent their prices skyrocketing. There have been reports of panic-buying by consumers who fear their drugs will soon run out, leaving many Russians unable to get their usual prescriptions.

“I have always been taking medications for the past few years for my bipolar, but due to sanctions, the drugs that I need to take have stopped being imported into Russia. They first became more expensive by 30-40%, now they have completely disappeared,” Miftakhova said.

After a week battling the feelings that set her back three years, Sasha managed to drag herself out of bed and agreed a new treatment regimen with her psychiatrist.

Yet finding a pharmacy that carried Trazodone, an Italian-manufactured antidepressant popular for its affordability and few side effects, was an almost impossible task.

“My husband and I traveled all over Moscow to find some. Eventually my husband found the last five packs somewhere, and bought them all. It’s like gold digging now,” Sasha said.

According to drug companies and Russian distributors, many European manufacturers will continue to supply Russia with drugs on the list of essential medicines, which are exempt from Western sanctions.

“Sanctions do not affect the pharmaceutical industry. There are some logistical issues now, due to chaos and delays in medical supplies,” Sergei Shulyak, the general director of Russian pharmaceutical analysis firm DSM Group, told The Moscow Times.

But the story from inside Russian pharmacies, according to the Moscow psychotherapist, is starkly different.

“You just cannot find the missing link, because the company says that everything is ok, the distributor says all is ok, but there is just no Prozac, no Strattera, you just physically cannot buy it anywhere,” he said.

Russian Health Minister Mikhail Murashko claimed Wednesday that the current shortages are a result of panic buying and warned Russians not to stockpile drugs.

“I want to tell the public: you don’t need to stock up,” Murashkin said in a televised cabinet meeting with President Vladimir Putin.

With such uncertainty over future medicine supplies, it is safer to look for more accessible alternatives such as domestic-produced drugs, the psychotherapist said.

“I had to switch several clients from foreign medication to something else, and it’s a sad thing, because they were doing really well,” the psychotherapist added.

Russian manufacturers produce a number of antidepressants that rival their more expensive European counterparts, but many doctors claim they fall short in quality.

“The consensus among many doctors is that drugs produced in Russia to treat mental disorders are of poor quality, much worse than foreign drugs. This is largely due to inexperienced practices and manufacturers,” Lebedev said.

Although the lack of sufficient medication is an increasing worry for psychiatrists, it is Russia’s economic fate that will have the biggest influence on depression and suicide rates, Lebedev claimed.

According to the World Health Organization, around 5% of Russia’s population is believed to suffer from depression. But experts say this is a conservative estimate as Rosstat, Russia’s state statistics service, provides little to no information on the topic.

Vladislav Plotnikov, an associate professor at St. Petersburg’s Higher School of Economics, believes the real percentage of the population suffering from depression and anxiety disorders is more likely between 10% and 20%.

The real driver of these high rates are social and economic problems, of which Russia has many, Lebedev explained.

The mass exodus of Western companies from the Russian market, and the authorities’ blocking of Western social media platforms that are critical for small businesses, has dealt a lethal blow to Russia’s economy, creating ripe conditions, as Lebedev set out, for a surge in mental health issues.

“I lost my job as nobody in Russia is interested in animal welfare now, and I have practically also lost my Instagram blog, which helped me find clients,” Sasha said.

As younger people are more vulnerable to developing severe mental disorders and tend to live in more precarious economic circumstances, it is possible that they may be disproportionately impacted by Russia’s war in Ukraine, the Moscow psychotherapist said.

But these effects, as Lebedev points out, won’t be quantifiable for some time.

“It’s likely that we will see the true effects of all this on people’s mental health in a year or a two,” Lebedev added.

As with any crisis, the shock will take time to thaw, and more often than not, people will adjust, Lebedev said.

This is certainly the fate that Vladislava is holding out for.

“You’ll notice, I’m speaking about my emotions in the past tense, because today I feel a little better, and I’m at the stage where you believe that a little relief will precede a speedy recovery.”