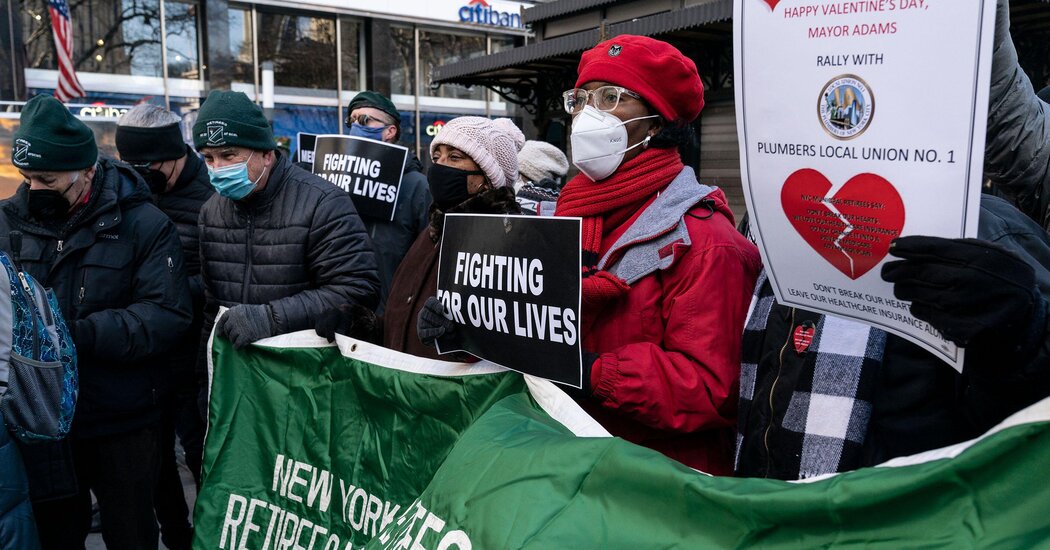 Every year, tens of thousands of people enrolled in private Medicare Advantage plans are denied necessary care that should be covered under the program, federal investigators concluded in a report published on Thursday.

The investigators urged Medicare officials to strengthen oversight of these private insurance plans, which provide benefits to 28 million older Americans, and called for increased enforcement against plans with a pattern of inappropriate denials.

Advantage plans have become an increasingly popular option among older Americans, offering privatized versions of Medicare that are frequently less expensive and provide a wider array of benefits than the traditional government-run program offers.

Enrollment in Advantage plans has more than doubled over the last decade, and half of Medicare beneficiaries are expected to choose a private insurer over the traditional government program in the next few years.

The industry’s main trade group claims people choose Medicare Advantage because “it delivers better services, better access to care and better value.” But federal investigators say there is troubling evidence that plans are delaying or even preventing Medicare beneficiaries from getting medically necessary care.

The new report, from the inspector general’s office of the Health and Human Services Department, looked into whether some of the services that were rejected would probably have been approved if the beneficiaries had been enrolled in traditional Medicare.

Tens of millions of denials are issued each year for both authorization and reimbursements, and audits of the private insurers show evidence of “widespread and persistent problems related to inappropriate denials of services and payment,” the investigators found.

The report echoes similar findings by the office in 2018 showing that private plans were reversing about three-quarters of their denials on appeal. Hospitals and doctors have long complained about the insurance company tactics, and Congress is considering legislation aimed at addressing some of these concerns.

In its review of 430 denials in June 2019, the inspector general’s office said that it had found repeated examples of care denials for medical services that coding experts and doctors reviewing the cases determined were medically necessary and should be covered.

Based on its finding that about 13 percent of the requests denied should have been covered under Medicare, the investigators estimated as many as 85,000 beneficiary requests for prior authorization of medical care were potentially improperly denied in 2019.

Advantage plans also refused to pay legitimate claims, according to the report. About 18 percent of payments were denied despite meeting Medicare coverage rules, an estimated 1.5 million payments for all of 2019. In some cases, plans ignored prior authorizations or other documentation necessary to support the payment.

These denials may delay or even prevent a Medicare Advantage beneficiary from getting needed care, said Rosemary Bartholomew, who led the team that worked on the report. Only a tiny fraction of patients or providers try to appeal these decisions, she said.

“We’re also concerned that beneficiaries may not be aware of the greater barriers,” she said.

Kurt Pauker, an 87-year-old Holocaust survivor in Indianapolis who has kidney and heart conditions that complicate his care, is enrolled in a Medicare Advantage plan sold by Humana.

In spite of recommendations from Mr. Pauker’s doctors, his family said, Humana has repeatedly denied authorization for inpatient rehabilitation after hospitalization, saying at times he was too healthy and at times too ill to benefit.

Last March, after undergoing hip surgery, Mr. Pauker was again told that he did not qualify for inpatient rehab but would be sent back to a skilled nursing center to recover, his family said.

During his previous stay at a skilled nursing center, he received little in the way of physical or occupational therapy, the family said. He has so far lost his appeals, and relatives have chosen to pay for care privately while continuing to pursue his case.

People “should know what they’re giving up,” said David B. Honig, a health care lawyer and Mr. Pauker’s son-in-law. People signing up for Medicare Advantage are surrendering their right to have a doctor determine what is medically necessary, he said, rather than have the insurer decide.

Humana, which reported strong earnings on Wednesday, said it could not comment specifically on Mr. Pauker’s case, citing privacy rules. But the insurer noted that it was required to follow the standards set by the Centers for Medicare and Medicaid Services.

“While every member’s experience and needs are unique, we work to provide health coverage that is consistent with what we believe C.M.S. would require in each instance and supports our members in achieving their best health,” Humana said in a statement.

Medicare officials said in a statement that they are reviewing the findings to determine the appropriate next steps, and that plans found to have repeated violations will be subject to increasing penalties.

The agency “is committed to ensuring that people with Medicare Advantage have timely access to medically necessary care,” officials said.

The federal government pays private insurers a fixed amount per Medicare Advantage patient. If the patient’s choice of hospital or doctor is limited, and if he or she is encouraged to get services that are less expensive but effective, then the insurer stands to profit.

Under traditional Medicare, there may be an incentive for hospitals and doctors to overtreat patients because they are paid for each service and test performed. But the fixed payment given to private plans provides “the potential incentive for insurers to deny access to services and payment in an attempt to increase their profits,” the report concluded.

Dr. Jack Resneck Jr., the president-elect of the American Medical Association, said the plans’ denials had become widespread. The organization has been aggressively lobbying lawmakers to impose stricter rules.

Prior authorization, intended to limit very expensive or unproven treatments, has “spread way beyond its original purpose,” Dr. Resneck said. When patients cannot get approval for a new prescription, many do not fill it and never tell the doctor, he added.

“We are able to reverse this some of the time,” said Dr. Kashyap Patel, a cancer specialist who serves as chief executive of Carolina Blood and Cancer Care and president of the Community Oncology Alliance. But his efforts to “fight like a hawk” to get approvals for the care he recommends also leave him less time to tend to patients, he added.

The most frequent denials found by the investigators included those for imaging services like M.R.I.s and CT scans. In one case, an Advantage plan refused to approve a follow-up M.R.I. to determine whether a lesion was malignant after it was identified through an earlier CT scan because the lesion was too small. The plan reversed its decision after an appeal.

In another case, a patient had to wait five weeks before authorization to get a CT scan to assess her endometrial cancer and to determine a course of treatment. Such delayed care can negatively affect a patient’s health, the report noted.

But Advantage plans also denied requests to send patients recovering from a hospital stay to a skilled nursing center or rehabilitation center when the doctors determined that those places were more appropriate than sending a patient home.

A patient with bedsores and a bacterial skin infection was denied a transfer to a skilled nursing center, investigators found. A high-risk patient recovering from surgery to repair a fractured femur was denied admission to a rehab center, although doctors said the patient needed to be under the supervision of a physician.

In some cases, the investigators said Medicare rules — like whether a plan can require a patient to have an X-ray before getting an M.R.I. — needed to be clarified.

The plans may use their own clinical criteria to judge whether a test or service should be reimbursed, but they have to offer the same benefits as traditional Medicare and cannot be more restrictive in paying for care.

The investigators urged Medicare officials to beef up oversight of Advantage plans and provide consumers “with clear, easily accessible information about serious violations.”