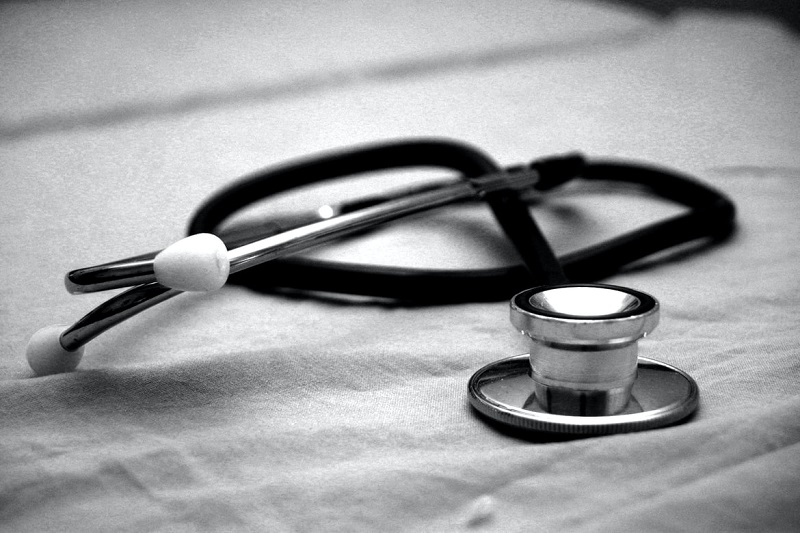 Washington and Kaiser wrote to Maryland Department of Health Secretary Dennis R. Schrader in early April, saying that the state is at risk of being sued for violating nondiscrimination provisions under the Affordable Care Act. That’s because the current policy covers only a small set of gender-affirming procedures, and includes several exclusions and a long list of criteria that must be met to receive covered services.

“We strongly urge the Department to develop a new policy in line with legal requirements and defined by clinical best-practices in providing gender-affirming healthcare to our transgender population,” they wrote.

On a call Friday afternoon, Washington said the letter was her way of ensuring she did her “due diligence in exploring all pathways in getting this done.”

“[I] was hoping that the legislative pathway would not be necessary,” Washington said.

Kaiser and Washington cosponsored a bill during the 2022 legislative session that would have extended coverage of gender-affirming medical services available to those with private insurance to Medicaid recipients.

The legislation passed out of the Senate chamber but seemed to disappear after a vote by the House Health and Government Operations Committee.

Tricia Roddy, the deputy Medicaid director at the Department of Health, responded to Washington and Kaiser this week indicating that the agency will not be revising its policy.

“[W]hile we will continue to review new federal developments as appropriate, MDH determined that no change to existing Maryland Medicaid coverage is required at this time,” Roddy wrote Wednesday.

In April, the U.S. Department of Health and Human Services announced that it would be interpreting anti-sex discrimination provisions in the Affordable Care Act to include a prohibition on discrimination on the basis of gender identity and sexual orientation.

According to Washington and Kaiser, the federal agency is backing transgender patients who submit discrimination complaints to require states to comply. They warned Schrader that the state is at risk of litigation for not offering appropriate gender-affirming care benefits through its Medicare and Medicaid plans.

They also said the Department of Health could face discrimination lawsuits from private citizens under its own law.

“Maryland cannot afford to wait any longer for the Department to update its policy,” Washington and Kaiser wrote.

In order for a patient to qualify for gender-affirmation surgery, they must prove they have suffered from persistent gender dysphoria for at least two years.

According to the Mayo Clinic, gender dysphoria is the severe feeling of distress in people whose gender identity is different than the sex they were assigned at birth.

The patient’s dysphoria must not be a result of another mental illness. However, under Maryland’s policy, dysphoria must be so severe that it causes “clinically significant distress” or impairs an individual’s ability to function in social or work settings.

If they suffer from another clinical mental health disorder — like bipolar disorder, dissociative identity disorder or borderline personality disorder — the patient must be medicated or receive psychotherapy before a physician signs off on gender-affirming surgery.

Patients must then also be assessed by and receive two signed letters from qualified mental health professionals. At least one of them must have a doctoral degree.

These letters must indicate that the patient has been undergoing hormone replacement therapy for at least one year and, if possible, detail how long they have been presenting as their gender.

If the patient is seeking a mastectomy, only one letter is required and they don’t need to have undergone continuous hormone replacement therapy.

Breast augmentation is covered only if the hormone-prescribing physician has documented that a patient’s breast size is still causing severe psychiatric distress after one year of hormone replacement therapy.

While Maryland health care plans are required to cover gender-affirmation surgery, there are other services, like those that reconstruct the face, remove hair or alter the voice — and the second stage of a female-to-male genital reconstruction procedure — that are not covered.

Many of these exclusions are in conflict with recommended standards of care from the World Professional Association for Transgender Health.

“These exclusions uniquely target and discriminate against transgender individuals,” Washington and Kaiser wrote. “As such, the Policy fails to comply with state and federal law.”

Roddy said that the health department compared its existing policy to that of other states and reviewed the World Professional Association for Transgender Health’s standards of care.

Outside of their allegations that the state’s current policy is discriminatory, Washington and Kaiser say it violates federal Medicaid law.

Under federal law, services offered under health care plans must “be sufficient in amount, duration, and scope to reasonably achieve its purpose” and cannot “arbitrarily deny or reduce the amount, duration, or scope of a required service … solely because of the diagnosis, type of illness, or condition.”

According to the lawmakers, Maryland’s Medicaid program “creates categorical exclusions to gender-affirming care” and “fails to provide sufficient treatment.”

They also said the policy is in violation of the Code of Maryland Regulations, which states that managed care organizations must provide services and information that address “the individualized needs of its enrollees, regardless of gender, sexual orientation, or gender identity.”

Additionally, Washington and Kaiser alleged that the state is in violation of a regulation requiring care organizations to provide members suffering from gender dysphoria with necessary medical treatments — not just gender affirmation surgery.

“… existing Maryland Medicaid gender affirming care coverage provides access to health care for transgender and non-binary Marylanders within the legal authorities of the Medicaid program and the federal executive order from President Biden,” she wrote.