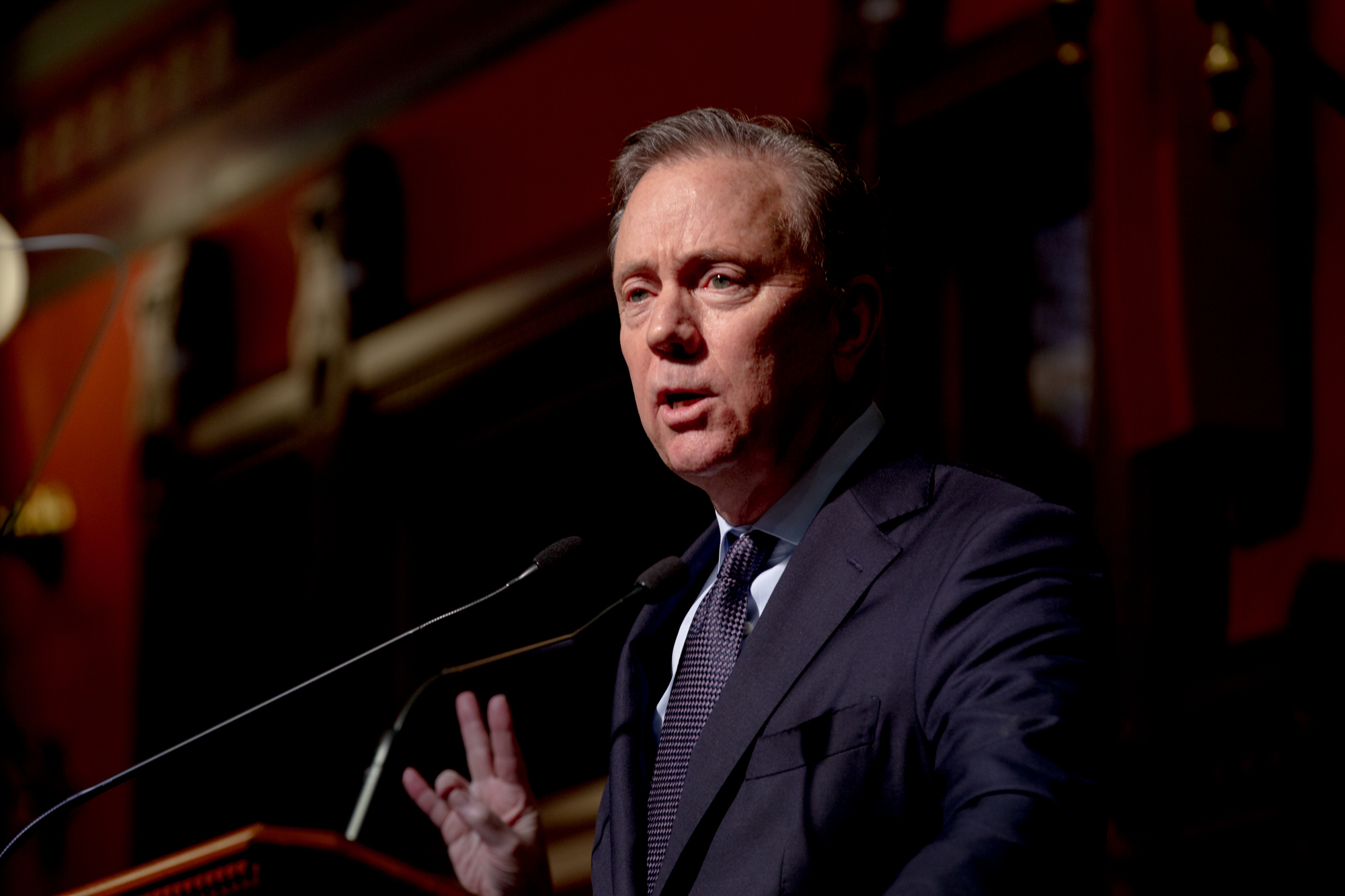 A set of bills designed to reduce the cost of health care and divert more spending to primary care has spurred opposition from advocates who say the measures will harm access to necessary treatment, particularly for people with disabilities.

House Bill 5042 gives the Office of Health Strategy the power to set annual benchmarks for health care costs. If costs rise above those benchmarks, the state would talk with providers and insurers about what’s driving the increase. Those meetings would be public, said Vicki Veltri, the office’s executive director.

Join in the work of CT Mirror

You may not be on staff, but you can produce the journalism.

The tactic has been used in a few other states, including Massachusetts, Delaware and Rhode Island. Typically the conversations are held in a public forum. It’s useful for understanding what is causing the cost increases and gathering data on health care spending to inform policy decisions, said Maureen Hensley-Quinn, senior program director at the National Academy for State Health Policy.

Senate Bill 15 aims to encourage increased use of primary and preventative care services by requiring insurance companies to offer “a form of the Health Enhancement Program” that’s available to state employees. The state’s program requires preventative exams on a scheduled basis, based on age.

Both bills were proposed by Gov. Ned Lamont’s office.

“Life is busy, and America’s health care system is often hard to navigate,” said Jonny Dach, policy director for Lamont, in a written statement supporting the bill. “As a result, too many of us put off lifesaving preventive services.”

It also puts requirements in place for insurers to put contact information for primary care services or establish a hotline with more information about those services on insurance cards.

If passed, the bills would make permanent a two-year-old executive order that gave the Office of Healthcare Strategy the power to set annual benchmarks for health care spending and to monitor spending growth, among other measures.

Opponents argue that the proposed legislation would limit access to specialty care including behavioral health, dental care and in-home providers.

“Taken together, these bills will likely harm access to health care for all patients, but particularly people with disabilities, elderly individuals and Black and brown people who already suffer health disparities,” said Sheldon Toubman, a litigation attorney with Disability Rights Connecticut, in written testimony.

If the house bill limits overall health care costs, and the senate bill succeeds at increasing primary care spending from 5% of total spending to 10% by 2025, there will be fewer resources to go around for other types of care, advocates said at a public hearing this week before the Insurance and Real Estate Committee.

The state has developed a plan to monitor for negative impacts, Veltri said. That plan acknowledges that there could be unintended adverse impacts, including “providers inappropriately reducing access to health care services, especially for marginalized populations, and insurers transferring costs to consumers to suppress utilization and spending.”

“There’s things like that that can be done all over the place,” Veltri said. “No state has seen a negative impact on access to care and service utilization as a result of a benchmark.”

Some of the measures to monitor care include child and adolescent well-care visits, prenatal and postpartum care and breast cancer screenings.

Proper preventative and primary care can reduce the need for other services such as emergency room services, Dr. Deidre Gifford, Department of Social Services commissioner, said in an interview.

Other ways to cut down on overall costs without sacrificing services include using outpatient procedures where possible rather than inpatient, Veltri said.

The governor’s focus with the house bill is on reducing rising health care costs, and there’s no evidence that it will come at the expense of care, Lamont spokesman Max Reiss said in an email.

“The governor understands the importance of dental care, at-home health care, and behavioral health – as well as other specialty services – especially for those with chronic and complex conditions,” Reiss wrote.

Several states are looking at ways to invest in primary care. Often, overall spending on other types of health care far outweighs spending on primary care, said Hensley-Quinn of the National Academy for State Health Policy.

“I don’t think by focusing on primary care you’re necessarily not focused on other care,” she said. “I think you have to start someplace, and other states are starting in a similar place.”

Advocates also fear that a line in the House bill putting the Office of Health Strategies in charge of “developing, innovating, directing and overseeing health care delivery and payment models” means the state will push a capitation system of payment in Connecticut. Under a capitation system, providers get paid per patient rather than per procedure.

“Under this bill, OHS does not have the authority to require payers – either commercial or Medicaid – to implement, modify, or otherwise institute any type of payment system,” Reiss said.

But advocates are worried about what will happen in the long term.

“They [the state] claimed that they’re going to watch the underservice, but it’s just a handful of measures that they were going to look at,” Andrews said, adding that the state should monitor more measures to ensure people are getting the care they need.

The Office of Health Strategy has drafted a plan for strengthening primary care that outlines alternate payment models including a capitation system.

“The work we do is really collaborative work that people want to undertake together to align systems,” she said.

Critics say capitation systems incentivize physicians to take on larger workloads and provide fewer services to patients, often opting to refer patients to specialty services they might not need.

But proponents of such a system say it prevents overbilling and cuts down on bookkeeping costs for doctors who can then offer more services to patients with the additional cash.

This could give providers room to hire more specialty staff such as a nutritionist or community health worker so patients can get more needs met in their primary care physician’s office, Veltri said.

The state has been pushing for such a system for years, Toubman said.

“You can save money from capitation; you are paying out less money than you were before, but at what price?” Toubman said.

Veltri said her office offers options and information on payment but doesn’t have the authority to mandate those options.

Lesser said he thought the concerns of advocates were focused further down the road and that the bills should be considered on their own merits.

“The last thing I would want to do is cut back on needed, necessary care,” Lesser said. “Let’s have a conversation about what’s in the bills now.”

An earlier version of this story misstated two points. The state’s meetings regarding benchmarks would be public under the proposed legislation, not private, and the Office of Health Strategy, not a steering committee, drafted the plan for strengthening primary care. Additionally, the story now clarifies that the OHS plan for strengthening primary care also includes parameters for alternate payment models that include a capitation system.