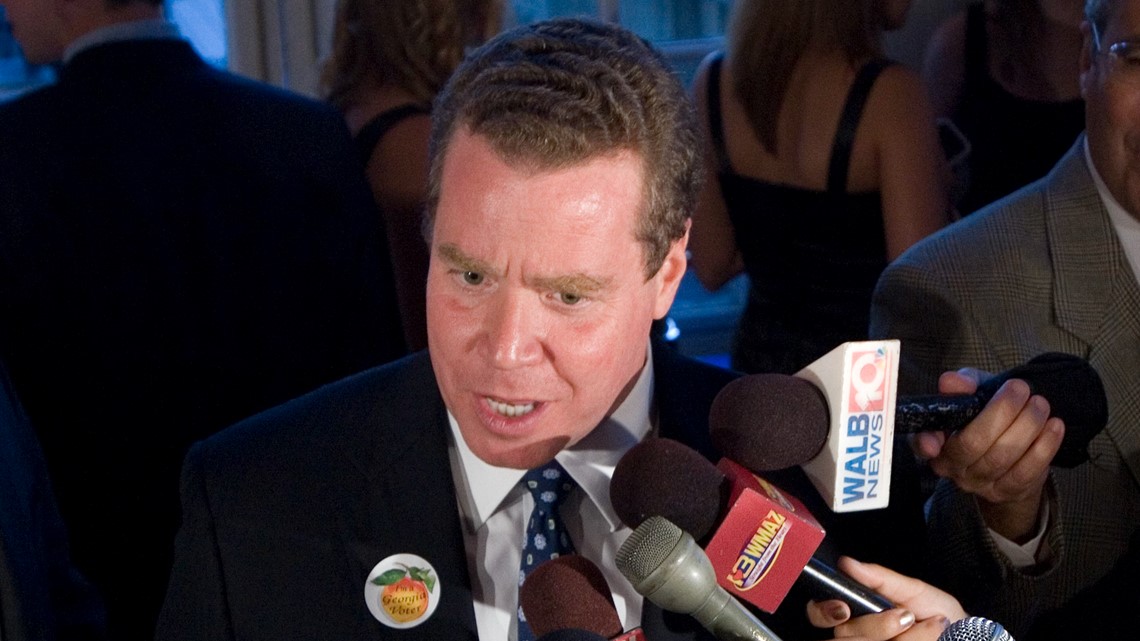 Oxendine was the state’s insurance commissioner from 1995 to 2011, leaving office after a run for governor in 2010 that faced ethics scrutiny over allegations he used campaign funds to buy a house, lease luxury cars and join a private club.

According to the U.S. Attorney for the Northern District of Georgia, Ryan K. Buchanan, the grand jury indictment was issued earlier this week.

“The indictment alleges that Oxendine conspired to obtain kickbacks for unnecessary genetic and toxicology lab tests, and used his insurance business to hide those kickbacks,” Buchanan said in a release. “Patients go to their healthcare provider for treatment with the expectation that their treatment or test is necessary, not a scam for fraud.”

The indictment alleges Oxendine conspired with a doctor to pressure the other physicians at that doctor’s private practice to “order medically unnecessary” tests from a lab in Texas that had already “agreed to pay Oxendine” and the doctor a 50% kickback.

The doctor’s practice submitted more than $2.5 million in health insurance claims for tests ordered from the Texas lab, the U.S. Attorney’s Office said. Of that, insurance companies paid out $600,000.

The lab then allegedly paid $260,000 in “kickbacks through Oxendine’s insurance services business.”

Oxendine previously reached a deal with the state ethics commission, the Georgia Government Transparency and Campaign Finance Commission, this month to resolve a longstanding ethics case related to his 2010 run for governor.

It saw him hand over the $128,000 remaining in his campaign fund but admit no wrongdoing.

“I do feel somewhat frustrated that there is no admission of wrongdoing and we’re not even calling this a penalty,” said Commissioner Rick Thompson, who was previously the executive director of the ethics agency.

Commission lawyer Robert Lane said the commission could have continued its pursuit, but said Oxendine could have spent the remaining campaign donations on litigation, leaving nothing for the state to recover. That could have left the state in the difficult situation of trying to pursue Oxendine’s other assets in Florida, where commission Executive Director David Emadi said Oxendine now lives.

“When you weigh all those issues against each other, I think this is the best available option we have,” Emadi said.

Oxendine didn’t attend the hearing. His lawyer, Douglas Chalmers, told reporters that Oxendine “is happy that he’s finally able to put the 2010 gubernatorial election behind him.”

“Every single allegation that was asserted by the commission over the past 13 years has now been dismissed with no findings of any violations and no penalties,” Chalmers said.

Emadi, though, pointed to Oxendine’s agreement to give up his remaining campaign money.

“The reality is you don’t cut a check for $128,000 to the government if you did nothing wrong,” he told reporters after the hearing.

Commissioners earlier accepted a judge’s decision that they couldn’t pursue Oxendine for accepting $120,000 in bundled contributions — 10 times what was then the legal limit — from two Georgia insurance companies in 2008 when he was running for governor. The judge found penalties cover only donors, and not recipients.

The Atlanta Journal-Constitution reported in 2016 that Oxendine kept $500,000 in leftover money from his gubernatorial campaign, and kept contributions raised for a possible Republican runoff and general election that he never ran in after losing the Republican primary.

The ethics commission said Oxendine used part of those loans to make a $96,500 down payment on a house. The rest went to lease a Mercedes and Jaguar, retirement account contributions and athletic club dues, officials said.

It’s illegal in Georgia for a candidate to use campaign contributions for personal expenses unrelated to a campaign. Chalmers argued in 2019 that loans are permitted. State law says Oxendine could have given leftover campaign money back to donors, to charity or to other candidates.