Doctor named in abortion case has nothing to do with lawsuit 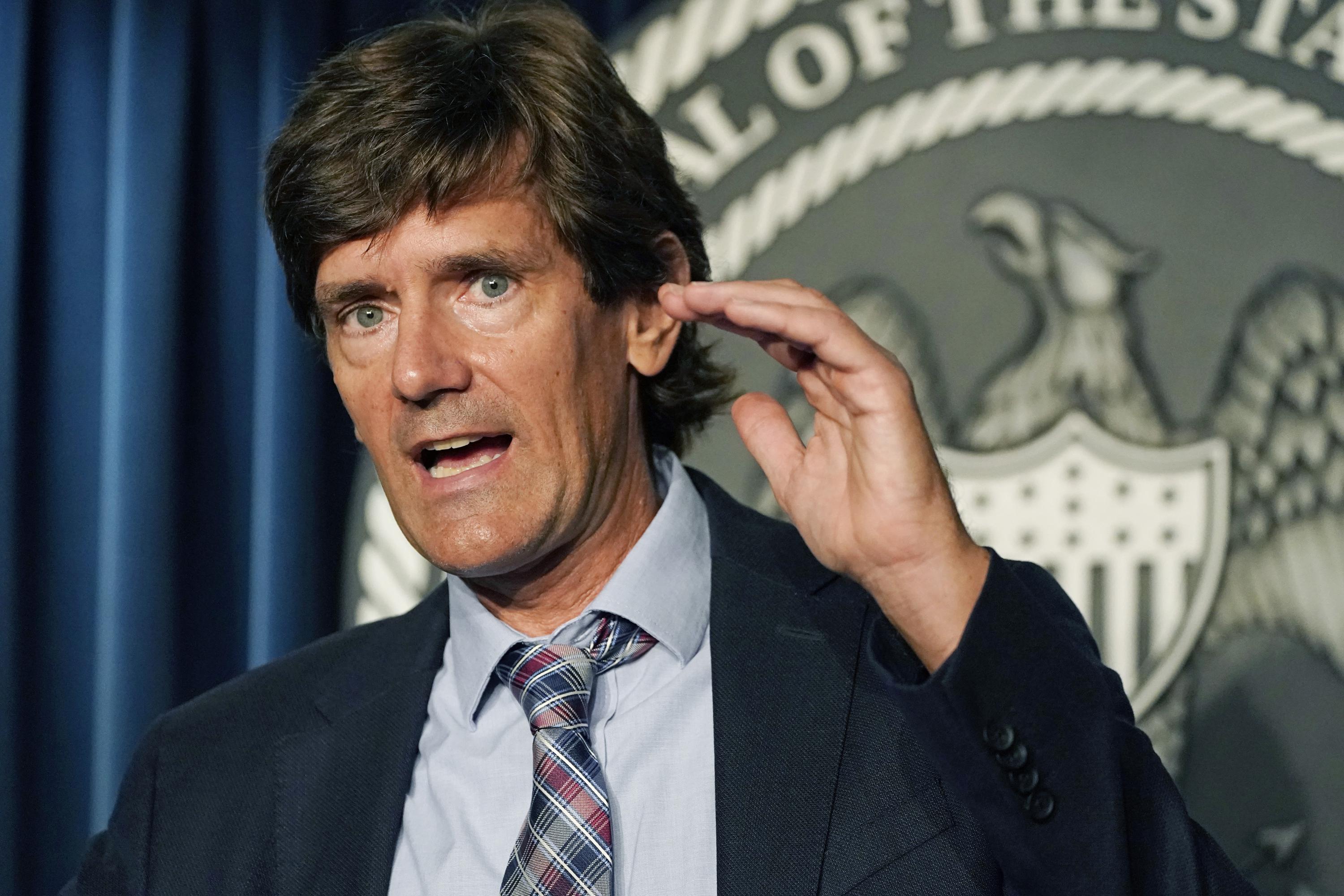 JACKSON, Miss. (AP) — Dr. Thomas Dobbs has never gotten involved in political fights over reproductive health, but his name has become shorthand for a legal case that could end abortion rights in the United States. If he has feelings about the situation, he pretty much keeps those to himself.

Mississippi’s top public health official is named in Dobbs v. Jackson Women’s Health Organization, a dispute over a state law that would ban most abortions after the 15th week but that could be used to overturn Roe v. Wade.

A leaked draft of a U.S. Supreme Court opinion shows a conservative majority of justices are ready to use the case to topple the court’s landmark 1973 ruling that established abortion rights nationwide.

Dobbs, 52, is a physician in charge of the state health department, which regulates Mississippi’s only abortion clinic. As the state’s chief health officer, he is the person who must be named in any lawsuit related to abortion or other health issues, he explained recently in a post on Twitter.

So, while the name at the center of the abortion debate could eventually change from “Roe” to “Dobbs,” it is not the health officer but the state attorney general’s office that is handling the state’s case.

“I had no direct involvement in any component of this legal action,” he wrote in the post.

Liz Sharlot, communications director for the state health department, confirmed Dobbs’ strictly nominal role and denied a request from The Associated Press to interview him because, she said, he “did not personally initiate this case.”

“The Mississippi State Department of Health’s only role regarding abortion facilities is the regulations to support the law, the inspection and the licensing of that facility,” Sharlot wrote in an email.

Dobbs is a former state epidemiologist who became head of the health department in 2018, months after Mississippi’s Republican-controlled Legislature passed the abortion-restriction law that’s now at the center of the court case.

He has spent his public health career focused not on abortion, but on pushing for better outcomes in a state plagued by high rates of infant mortality and other poor health statistics.

The legal fight over abortion started when Mississippi’s only abortion clinic sued over the 15-week ban. The suit was originally called Jackson Women’s Health Organization v. Currier et al. The main defendant was the state health officer at the time, Dr. Mary Currier. After she left, a judge removed Currier’s name from the case and replaced it with Dobbs.

A federal district judge blocked the law from taking effect. When the state appealed to the Supreme Court, the name of the case was flipped, to Dobbs versus the clinic.

During an online briefing hosted by the Mississippi State Medical Association in June 2021, Dobbs was asked about his name being on the abortion case. He quickly noted that Dr. Kenneth Cleveland also was named in the lawsuit in his capacity as head of the Mississippi State Board of Medical Licensure.

“He didn’t make the headline,” the medical association president at the time, Dr. Mark Horne, said in a good-natured jab at Dobbs.

“I’m trying to get him to swap with me,” Dobbs quipped.

Until now, the name most associated with the abortion debate has been Jane Roe, a pseudonym for a Dallas woman named Norma McCorvey, who was the plaintiff in the famous Roe v. Wade case. Wade was Henry Wade, the Dallas County district attorney at the time.

In 1969, the 22-year-old McCorvey became pregnant for the third time and wanted to have an abortion. McCorvey and her attorneys ultimately won the legal battle, but not until she gave birth and gave the girl up for adoption. She later became an anti-abortion activist. McCorvey was 69 when she died in 2017.

Another name that often arises in the debate is that of is Robert P. Casey, a former Democratic governor of Pennsylvania who was an anti-abortion advocate. In 1989, he worked with the state’s legislature to enact a law that placed several limitations on abortion. Planned Parenthood of Southeastern Pennsylvania challenged the law. In 1992, the Supreme Court upheld most of the restrictions, but also affirmed a woman’s right to an abortion. Casey died in 2000. The name of the case was Planned Parenthood v. Casey.

While Dobbs has not been involved in the abortion debates, he has spent the past two years engulfed in a different contentious health issue: the COVID-19 pandemic. At dozens of news conferences and other public appearances, he has implored people to get vaccinated, wear masks and maintain social distancing. He persisted even as many people, including some public officials, resisted.

In August, Dobbs said he had received threats from people who believed false conspiracy theories about him and his family as he promoted vaccination against COVID-19. Dobbs said one lie is that his son, who is also a physician, receives a World Bank-funded kickback when Dobbs urges people to get vaccinated.

“I get zero $ from promoting vaccination,” Dobbs wrote on Twitter.

“Our hierarchy of prioritization is extremely stupid,” Dobbs said in November 2020. “’We’re prioritizing youth sports, not only over academics. We’re actually prioritizing it over community health, just to be honest.”

While in the thick of the stressful pandemic fight, Dobbs said he turned to exercise and listening to music — jazz and The Rolling Stones — as ways to disconnect from work. He announced in March that he will retire at the end of July.

Dr. Georges Benjamin is executive director of the American Public Health Association, one of several public health and research groups that have filed a legal brief critical of Mississippi’s 15-week abortion ban.

Benjamin said he does not know Dobbs’ personal opinion about abortion and the legal issues involved in the case, and expressed doubt that Dobbs would state them publicly.

“Your name may get associated with a legal case when you’re in these jobs,” Benjamin said. “But your name being associated may not align with your own views. You are the public official, and unfortunately that’s what happens when you take these jobs.”

Benjamin said Dobbs has done an “incredible” job as Mississippi’s health officer during the pandemic, including remarkable work addressing issues of inequity. He called him a “trusted figure who follows scientific principles.”

Benjamin’s hope, he said, is that Dobbs’ reputation “does not get tarnished” by having his name on the abortion case.