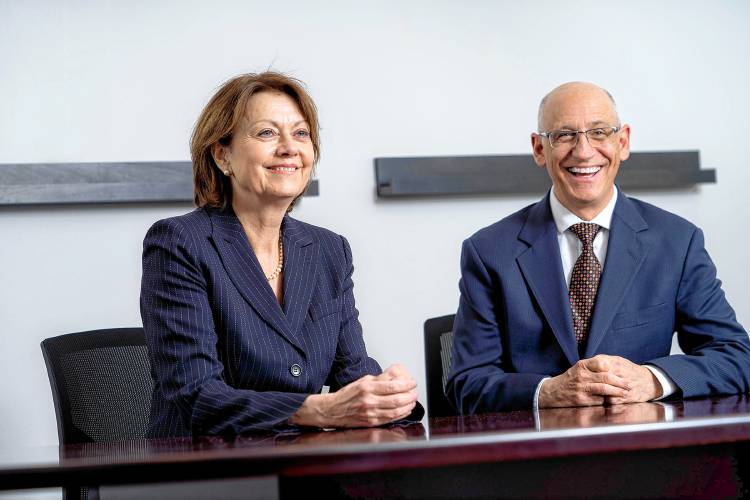 Editor’s Note: This story by Nora Doyle-Burr first appeared in the Valley News on May 13.

In a statement, Attorney General John Formella said the combination would violate a clause in the state constitution that requires “free and fair competition in the trades and industries.”

“Free, fair and robust competition is critical to providing employers and patients with options for lower cost and high quality health care services,” Formella said in a Friday news release. “Our state has experienced significant consolidation in health care over the past several years, and this transaction seeking to combine two of our top four largest systems is unacceptable without appropriate protections for consumers in place.”

Formella, the son of the late Nancy Formella, a former DH leader, cited concerns about the effect of the proposal on health care costs. Specifically, the report points to the likelihood that the combination would “adversely impact competition” for certain health care services in the Manchester area, in the southwest region of the state and for some services statewide.

“Without remedies in place protecting the public from harm and ensuring the combined system delivers on the promised benefits, the transaction as proposed is not something that I can approve,” he said in the release.

The collapse of the CMC proposal marks the latest setback in DH’s ongoing effort to find a partner in New Hampshire’s more populous southern tier.

“Although we disagree with, and are deeply disappointed by, the result of the regulatory review, we respect the process that led to this decision,” DH CEO Joanne Conroy said in a Friday email to employees.

However, Conroy acknowledged that combining forces with GraniteOne — which officials once described as pivotal to DH’s future — may not have made as much sense today as it did when the parties first began negotiations.

“During the 2-3 years of review by state and federal officials, the dynamics of the healthcare landscape in New Hampshire — and beyond — have continued to change dramatically,” Conroy wrote. “Despite the unforeseen challenges of the pandemic, Dartmouth Health and GraniteOne remained committed and focused on how we would deliver the benefits and promises of the combination for our patients and communities. But it has become clear to us that those benefits and promises that we envisioned several years ago are no longer practical and realistic in the current environment.”

They also said they aimed to reduce costs by integrating back-end services and data sharing, and to increase access to specialty services at smaller, more rural hospitals. The three members of GraniteOne would have had the chance to join the Dartmouth-Hitchcock Obligated Group, giving them increased access to credit.

Lauren Collins-Cline, a spokeswoman for GraniteOne, said “the parties were not able to agree on all of the terms” in an emailed statement Friday.

“We reached an impasse late (Thursday) afternoon and will not receive the regulatory approval we need to move forward,” she said. “This outcome is disappointing for GraniteOne Health and its members — CMC, Huggins Hospital, and Monadnock Community Hospital. It’s also disappointing for the patients and communities of New Hampshire. Based on the public forums we held last fall, it was clear how much the community supports our organizations and recognized the benefits this combination would have provided.”

Given CMC’s relationship to the Catholic church, some anti-abortion activists had opposed the combination of the two health care systems. But the agreement, inked in September 2019, had gotten approval from The Rev. Peter Libasci, the bishop of Manchester, and was reviewed by the National Catholic Bioethics Center. The agreement included clauses giving CMC’s leaders authority over changes to CMC’s philosophy and purposes, including its Catholic identity.

But other changes at CMC, Huggins and Monadnock, such as budgets, management of major assets, changes in health care services and the adoption of strategic plans, would have required approval by the broader system board. The broader board, in consultation with Huggins or Monadnock’s board chairs, also could have removed a trustee; hired, evaluated or fired a chief executive; and required hospitals to participate in systemwide initiatives. CMC would have retained its final authority to remove a trustee, or hire or fire a chief executive.

This is not the first time DH has sought a partner in the south. It was in talks to create a formal affiliation with the Manchester-based Elliot Health System, but ended them in 2017. The following year, Elliot combined with Nashua-based Southern New Hampshire Health to create SolutionHealth, combining the 296-bed Elliot Hospital with the 188-bed Southern New Hampshire Medical Center.

In 2010, while Nancy Formella was one of DH’s leaders, the Attorney General’s Office rejected an effort by Dartmouth-Hitchcock to acquire Catholic Medical Center.