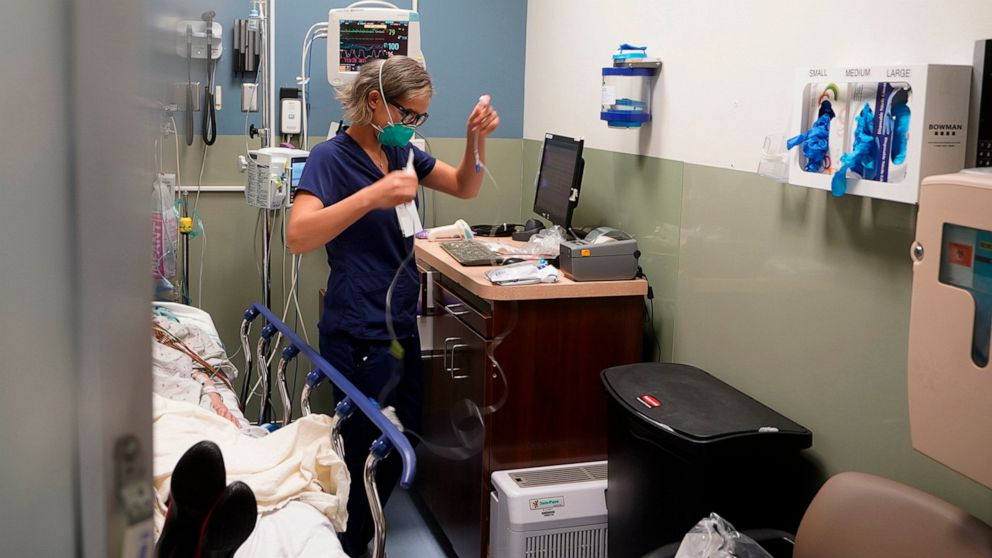 SACRAMENTO, Calif. — Frustrated by how much they were paying for health care, two groups of California workers sued one of the nation’s largest hospital systems. One group secured a half-billion-dollar settlement. The other lost in court.

Both cases took nearly a decade to resolve, highlighting the difficulty patients and their employers often face when trying to corral the ever-increasing costs of health care.

Now, instead of relying on the market or the courts to keep health care prices in check, California Gov. Gavin Newsom wants to order the state’s hospitals, doctors’ offices and insurance companies to keep their costs below a certain level. If they don’t, the state could impose a hefty fine.

That’s the goal of the proposed Office of Health Care Affordability, part of Newsom’s $286.4 billion budget proposal. At least four other states — Massachusetts, Maryland, Rhode Island and Oregon — have similar offices. But none is as comprehensive as the one proposed in California. The big difference: California would be more willing to punish companies that charge too much.

“If we could get everybody to voluntarily really look at the way they are managing health care, they would have done it by now,” said Jim Wood, a Democratic member of the state Legislature who supports the proposal. “We’re seeing health care costs rise at twice the rate of inflation for the last seven years, and that is simply unsustainable.”

When it comes to health care prices, patients and their employers have little negotiating power. Patients often don’t know how much a procedure or treatment will cost until after it’s done. A flurry of hospital mergers and acquisitions have diluted competition in the marketplace, making it easier for providers to raise rates.

The impact on consumers has been stark. Between 2002 and 2017, monthly health insurance premiums in California for people who get health coverage through their employer increased 249% — or more than six times the rate of general inflation, according to an analysis by the California Health Care Foundation, a nonprofit working for universal health care coverage.

Last year, about half of Californians said they skipped or delayed some type of health care because they couldn’t afford it, according to a survey by the foundation.

The Democratic Party’s progressive wing has been trying to tackle this problem by urging the Legislature to adopt a European-style health care system, where taxpayers pay for most things and private insurance is relegated to a supporting role for elective procedures.

But Newsom, while campaigning for a so-called “single-payer” health care system when he first ran for governor in 2018, has instead spent much of his first term trying to set up the Office of Health Care Affordability. Since the biggest barrier to a single-payer system is money — one estimate says California spends $517 billion per year on health care — Newsom sees this office as a way to rein in costs before asking taxpayers to fund all of it.

“This elevates a very important, what I like to call, ‘single-payer principle,’ which is take control of costs and create a great deal of transparency on what consumers are getting,” said Dr. Mark Ghaly, Newsom’s secretary of the California Health and Human Services Agency.

Patients and their employers have been seeking relief from high health care prices in the courts, most notably in a pair of high-profile lawsuits against Sutter Health, which operates 24 hospitals in Northern California. The company settled one lawsuit with a group of workers in 2019, which also included a court-approved monitor to make sure the company keeps its prices in check. A federal jury ruled against the other group of workers last week.

Health care advocates say the two lawsuits highlight the need for the Office of Health Care Affordability, which will “try to deal with the issue holistically rather than to just chase after one market failure after another,” said Anthony Wright, executive director of Health Access, California, a consumer advocacy group.

Sutter Health spokeswoman Amy Thoma Tan said the company is “relentlessly committed to affordability,” saying the hospital system has held its increases to health plans “to the low single digits” for the past eight years.

Setting up the office will be tricky. The office would gather lots of data from across the health care industry. Some of that data would be public, but a lot of it would remain private to protect some proprietary information companies want to keep secret. An eight-member board, made up of experts appointed by the governor and lawmakers, would then set cost targets for each geographic region of the state.

The California Hospital Association worries the office won’t be able to distinguish between “good spending,” like that on mental health care, from “bad spending,” like duplicated medical records or overly complex paperwork. Plus, it says 45% of California hospitals are already operating at a loss, with another 15% barely breaking even.

“Caution is needed in attempting to create affordability by simply capping spending,” said Jan Emerson-Shea, the association’s spokeswoman. “That does nothing to address the actual cost of care.”

The California Medical Association, which represents doctors, said health care costs remain too high, and there is an ongoing need to address affordability. But Dr. Robert E. Wailes, its president, worried the proposal could unintentionally drive up prices by causing more health care providers to merge. He said the group will work to ensure the proposal “targets entities that are responsible for the most significant cost increases.”

The proposal is still a long way from becoming law, as lawmakers, consumer advocates and health care lobbyists all negotiate over how the office would work. Wood, the Democratic Assembly member, said the health industry is lobbying hard to exempt their various interests.

“Nobody wants to take responsibility or own their role in the problem,” Wood said. “The biggest hurdle is people trying to find a way to get out of it. And what we’re trying to do is keep everybody in it.”