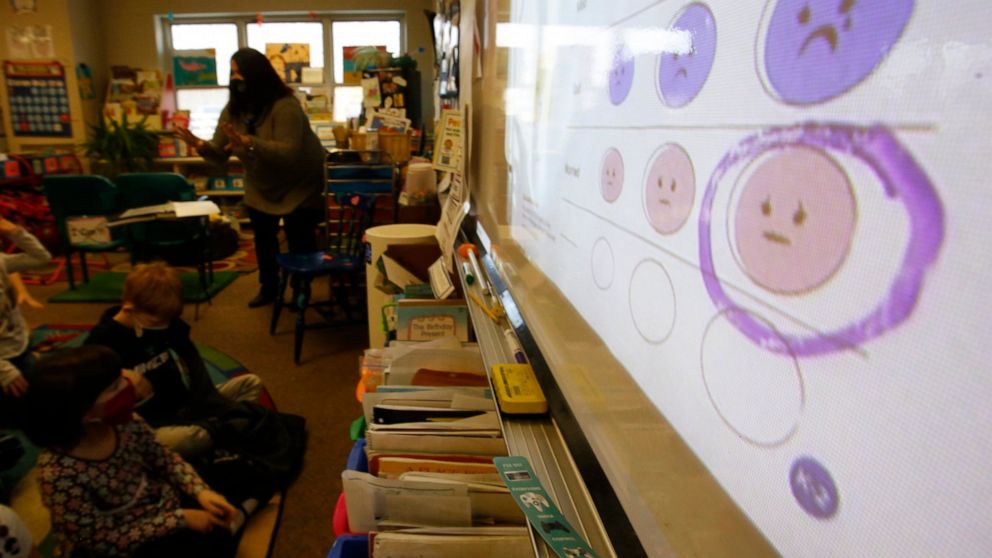 WASHINGTON — A major effort to overhaul care for people in the United States with mental health and drug problems is gaining traction as Congress and the Biden administration work on overlapping plans to address concerns across dividing lines of politics, geography and race.

Top goals include responding to the mental health crisis among youth, increasing the supply of professional counselors and clinicians, narrowing a persistent gap between care for physical and mental health problems, and preserving access to telehealth services that proved their usefulness in the pandemic.

COVID-19 has laid bare the need.

The U.S. was already in a mental health crisis, with suicide rates climbing and chronic problems accessing treatment. The opioid epidemic had a firm grip on cities and small towns. But the coronavirus made everything worse.

An analysis of government data found that about 4 in 10 adults reported symptoms of anxiety or depression in the first year of the pandemic, compared with about 1 in 10 before that. More than 100,000 people died of drug overdoses from May 2020 to April 2021, a record for lethality, according to the Centers for Disease Control and Prevention.

Trying to translate need into action, the Senate Finance Committee and the Senate Health, Education, Labor and Pensions Committee are working to produce bipartisan legislation this summer.

Leaders of the Finance Committee have enlisted pairs of senators — one Democrat, one Republican — to develop policy ideas in five broad areas. The committee has jurisdiction over major government health insurance programs while the other committee oversees private insurance and public health.

“I think everybody understands the challenge of threading the needle in a 50-50 Senate,” said the chairman of the Senate Finance Committee, Sen. Ron Wyden, D-Ore. But, he added, “the most important takeaway for me is that the urgency is different … more people are falling between the cracks.”

President Joe Biden seems to be on the same page.

He released a comprehensive mental health and drug treatment plan as part of his State of the Union message. “Artificial distinctions between physical health and mental health are really not sustainable or relevant in the 21st century,” White House domestic policy adviser Susan Rice said in a recent speech to the Brookings Institution think thank.

House committees are also at work.

“There is a very nonpartisan aspect to this — I wouldn’t even say it’s bipartisan,” said policy expert Hannah Wesolowski of the National Alliance on Mental Illness. “The need for a rapid scale-up of mental health services is one of the few issues where the parties can come together.”

It’s happening as the government plans to roll out 988 — the new three-digit number for the National Suicide Prevention Lifeline — in July.

“This committee has a strong track record of generating consensus-based bills,” Sen. Mike Crapo of Idaho, the top Republican on Senate Finance Committee, said earlier this year. “I truly believe we can replicate that success here.”

A key player is noncommittal.

The office of Senate Republican leader Mitch McConnell of Kentucky had no comment on efforts in that committee. If McConnell were to oppose legislation, that would greatly complicate the prospects.

Nothing seems to have rattled policymakers more than a sharp increase in mental health problems among youth. Isolation and loss in the pandemic compounded the usual trials of passage into adulthood. Emergency room visits for suspected suicide attempts increased, especially for adolescent girls, according to CDC.

As illicit drugs are routinely laced with potent fentanyl, new research shows a striking jump in overdose deaths among 14- to 18-year-olds.

The Finance Committee is considering increased spending on in-school mental health services, broader use of telehealth for youth and more financial support to train youth mental health workers. Young people in rural areas and minority communities have more difficulty getting services. Biden’s plan calls for more money for school-based services, along with new social media safeguards for kids — also an issue of interest on Capitol Hill.

An overarching focus both for the White House and lawmakers is the widely recognized shortage of mental health professionals. Plans would invest billions in building up the workforce by supporting training and education, but that could take years. There’s discussion about immediately increasing the supply of counselors by allowing a wider range of professionals, including family and marriage therapists, to bill government health programs.

A glaring inconsistency lawmakers want to address is the coverage gap between mental health and physical conditions. Parity is required by U.S. laws, but the reality can be far different. Some insurers honor parity on paper only, maintaining “ghost networks” of mental health providers who are not taking new patients — a dead end. Even Medicare falls short on parity. The program has a 190-day limit on inpatient psychiatric care.

Many Democrats would like to spell out mental health coverage requirements for private health insurance. But Republicans do not support new mandates. A compromise could involve civil fines on insurers that ignore legal obligations to cover mental health care.

One area where there does not seem to be much disagreement is telehealth, which was expanded in the pandemic. Video counseling and even voice-only sessions are becoming standard tools for mental health and drug treatment counseling. Making that coverage permanent would involve a cost. But lawmakers, particularly in rural areas, like the flexibility.

While there is clear momentum, that does not guarantee results in Congress. “I don’t know how it’s going to end up,” said Reyna Taylor, policy and advocacy chief for the National Council for Mental Wellbeing. “What I am happy to see is all the communication that is going on between the committees of jurisdiction.”