As Gov. Abbott places shooting blame on mental health, what has Texas done to address it? 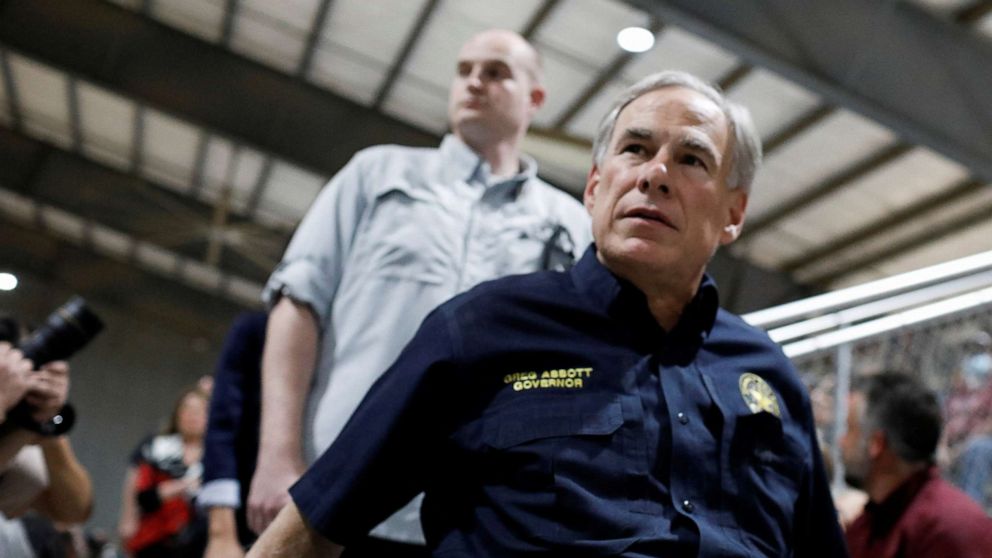 During a press conference this week, Texas Gov. Greg Abbott blamed the mass shooting at an elementary school in Uvalde on mental health issues.

Abbott explained that law enforcement believes what’s behind these types of attacks is a growing prevalence of people with mental health issues and the need for more mental health support, not lax gun laws.

However, advocates said the state has missed plenty of opportunities to address mental health.

The governor has diverted money away from agencies in Texas that oversee mental health programs and recent reports have found Texas is the worst state in the nation when it comes to providing access to mental health care, they say.

“Based on what we know about [the shooter], we cannot come to a formal conclusion that he had a mental illness,” Greg Hansch, executive director of the Texas chapter of the National Alliance on Mental Illness, told ABC News.

Abbott admitted during the conference that the 18-year-old suspected gunman in the Uvalde shooting, Salvador Ramos, did not have a diagnosed mental illness or a known criminal background, but rejected the idea that stricter gun laws would have prevented the shooting.

Debbie Plotnick, executive vice president for state and federal advocacy at the nonprofit Mental Health America (MHA), said officials and the public often blame mental health when there is violence in a community.

“When we have a situation like this where people end up dead, it’s very easy to point fingers at mental health, in particular,” she said. “It’s a historic scapegoat and it’s still the case. But hate is not a mental illness … Having a mental health condition does not make someone violent.”

In fact, some critics said the state has not supported efforts to expand mental health care.

In April, Abbott announced he would be moving nearly $500 million from state agencies to fund Operation Lone Star, a Texas-Mexico border security initiative jointly being conducted by the Texas Department of Public Safety and the Texas Military Department.

Of that amount, $210.7 million was from Texas Health & Human Services, which oversees public mental health programs.

In a statement to ABC News, Abbott’s press secretary, Renae Eze, denied that the governor cut any funding from mental health services.

“This is a completely inaccurate, unsubstantiated narrative being spun by those trying to politicize a tragedy,” she wrote. “Governor Abbott did not, in no uncertain terms, cut funding from mental health services being provided for Texans. Governor Abbott has always worked diligently to fully fund and expand mental health programs and services for Texans.”

Eze added the Health & Human Services Commission requested to transfer funds because otherwise, they would lapse at the end of the fiscal year.

“HHSC confirmed in the same letter that the agency and its programs, including mental health programs and services, would not be negatively impacted by the transfer,” she wrote.

The MHA’s most recent State of Mental Health in America report found that Texas ranked last in the nation when it comes to access to mental care.

The report said nine measures made up the ranking including adults and youth with mental illnesses who couldn’t receive care, are uninsured or didn’t have insurance to cover care as well as the mental workforce availability.

“We have the highest uninsured rate in the nation and the most people uninsured.” Hansch said. “That certainly doesn’t help individuals with mental health conditions access care.”

Texas Democratic gubernatorial candidate Beto O’Rourke confronted Abbott briefly during the press conference Wednesday over his comments before being escorted from the auditorium.

Outside, the former U.S. representative held an impromptu press conference during which he criticized Abbott and referenced the MHA report.

Following the confrontation, Abbott avoided responding to O’Rourke’s claims in detail and called for unity in light of the tragedy. “We need to not focus on ourselves and our agendas, we need to focus on the healing and hope that we are providing to those who suffered unconscionable damage to their lives,” he said.

This is not to say Texas hasn’t done anything to address mental health.

Following a shooting at Santa Fe High School in 2018 that killed 10 people, Abbott signed a series of bills that, among other things, sought to improve mental health access.

Texas HHS also offers Mental First Aid training, during which participants are taught to recognize the signs and symptoms of mental health conditions.

Additionally, HHSC issues a quarterly report on waiting lists for mental health services and revealed plans last year to add 350 new inpatient psychiatric beds at the state hospitals within the next four years.

“Those are good steps and important,” Dr. Octavio Martinez, director of the University of Texas’ Hogg Foundation for Mental Health, told ABC News. “But we’ve been growing very significantly, we’ve been outstripping these resources because of the tremendous population growth needed in the public mental health system.”

Even if Texas does divert more resources to mental health programs, experts said that won’t necessarily drive mass shootings down.

“Doing a better job addressing mental health isn’t going to end or even substantially reduce mass shootings,” Hansch said. “We should address mental health because doing so vastly increases the odds of recovery.”

He added, “It saves significant downstream costs for taxpayers, it’s a basic human right, and it saves lives that might otherwise be lost to suicide or co-morbid conditions.”