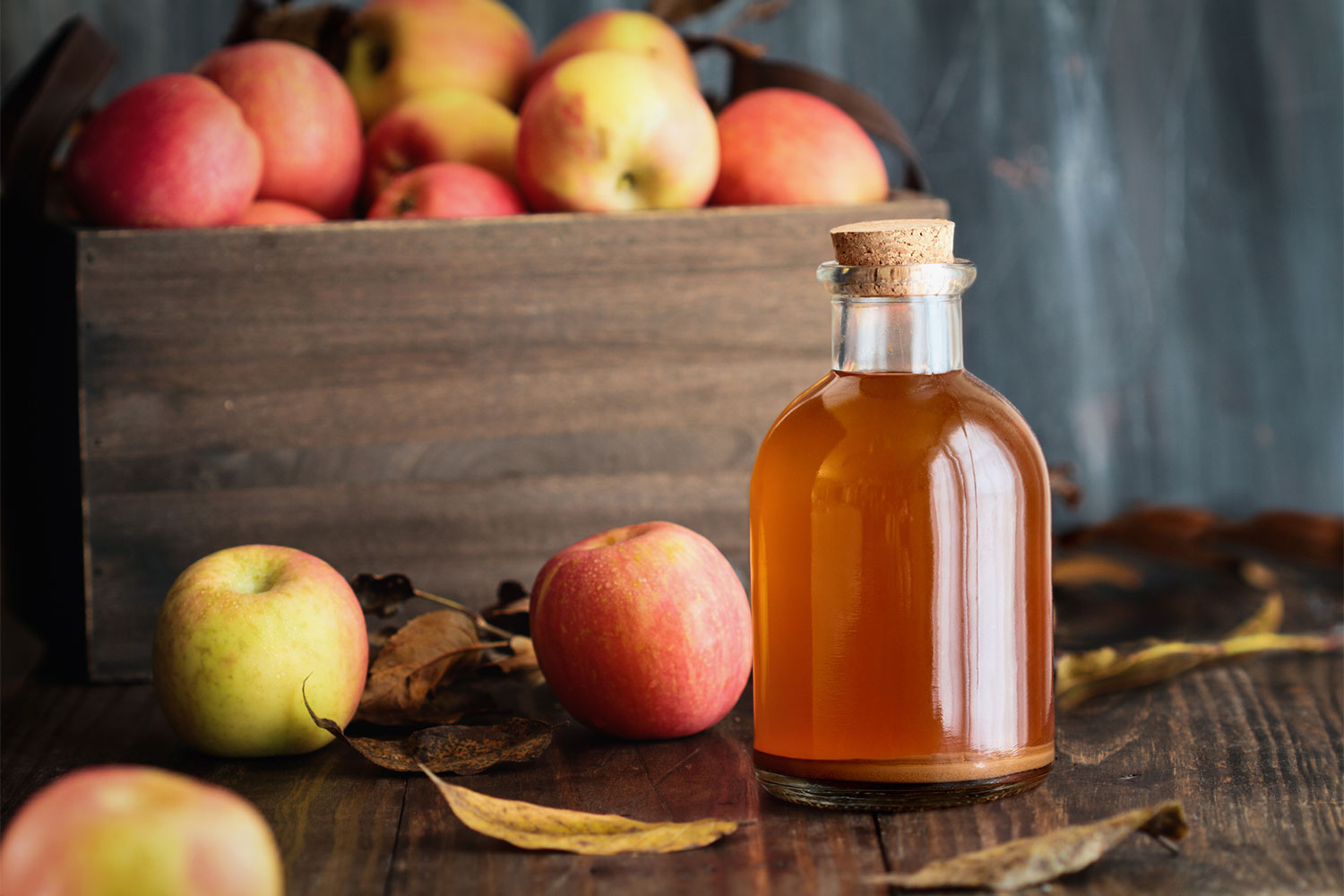 For as long as men and women have roamed Mother Earth, there has been a driving desire to find elixirs, potions, concoctions, tinctures, or tonics to help heal the ails of humankind. While a good number of these have been proven to be no more than perfectly executed marketing of snake oils, there are handfuls of substances that have been around for centuries that actually have plenty of health benefits.

One such substance that has been around for thousands of years just so happens to be a common household item nowadays — apple cider vinegar. This type of vinegar traces back to the time of Hippocrates, with its origins dating centuries before that. If the “Father of Medicine” knew there were health benefits to consuming apple cider vinegar, then it’s probably a good idea that you should, too.

With a plethora of uses from helping cure dandruff and sore throats to relieving minor sunburns and helping fight body odor, here are some of the top health benefits as to why you need to have apple cider vinegar in your rotation. But first, what is it?

What Is Apple Cider Vinegar?

Apple cider vinegar (ACV) is apple juice that has yeast added to it to aid in the fermentation process. In turn, bacteria turn the alcohol into acetic acid, which gives ACV its unique odor and strong, sour taste.

Probiotics are live microscopic organisms that help improve the overall health of your stomach and the bacteria that live there. Taking ACV can have a positive effect on your stomach, almost acting as a natural probiotic due to its bacteria content. When consumed, ACV can help aid digestion and improve the health of the gut and bacteria, and when all of that happens, this can ultimately lead to a bolstered immune system.

Type-2 diabetes occurs when the body becomes resistant to insulin, which generally happens from prolonged levels of elevated blood sugar. One way to reverse this is to make the body sensitive to insulin again. ACV has been shown to have a positive effect on this. While consuming ACV alone won’t likely reverse diabetes, implementing a well-balanced diet and workout plan in conjunction is a great starting point.

Not only does ACV act as a natural probiotic, but it can have another great effect on stomach-related issues as well. Acid reflux is a common symptom for some people. While there is no research per se to show how ACV helps alleviate acid reflux, it is quite a popular side effect that most experience when consuming it. This simply may be due to the fact that ACV helps aid in digestion and the bacteria have a probiotic effect, settling the stomach from any unfriendly issues.

One of the best reasons why so many consume ACV on a daily basis is the claim of helping individuals manage and lose weight. Some studies have shown that ACV combined with a restricted diet can help those losing weight. While it may seem obvious that a caloric restriction would result in weight loss no matter what, there were two groups: one group with just a restricted diet and another group that restricted calories and added ACV. The ladder of those groups had better results.

While this may be slightly anecdotal evidence, combining ACV with a good diet and exercise (see our note on blood sugar levels) is a great start. Another potential reason as to why ACV may help some lose weight is that when consumed, it tends to leave some with a feeling of fullness, acting as a slight appetite suppressant.

Heart disease is the leading cause of death in the United States. ACV may be a great option to help combat heart disease. Elevated lipid profiles and impaired glucose homeostasis are both risk factors for things like cardiovascular disease. A recent study found that regular consumption of ACV may have a beneficial impact on those perimeters.

While the science behind some of these claims may not be the strongest, consuming apple cider vinegar on a regular basis can have various benefits for the majority of people. The best part is that a little goes a long way. All you need is about a tablespoon a day. So, just like the good old medicine snake oils of the past, plug your nose and pour it down the hatch.