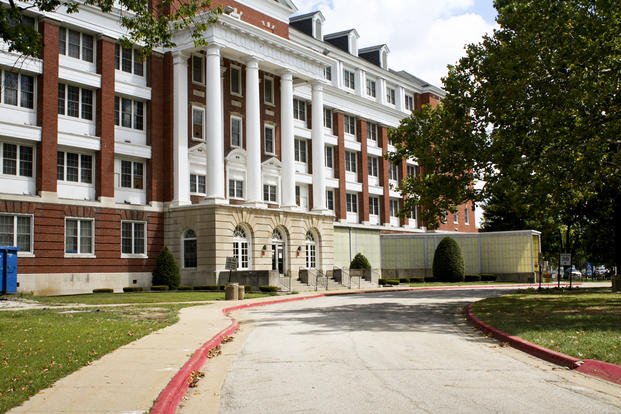 Three mental health counselors were allowed to keep practicing at a Veterans Affairs medical center in Danville, Illinois, despite leaders knowing they had engaged in inappropriate relationships with patients, the VA’s top investigator found.

Though leaders “took initial actions” to address what is considered a breach of professional ethics, an investigation wasn’t launched until after the whistleblower filed complaints in 2018 against the first two providers and in 2019 after the third provider’s patient died from an overdose.

From 2013 to 2020, two licensed clinical social workers and a certified addiction counselor at the VA Illiana Health Care System each developed personal relationships with patients.

In its investigation, the VA Office of the Inspector General found that the addiction counselor remained on staff providing substance abuse counseling and was living with their once-patient as of early 2020.

According to the report, released May 3, the therapist who resigned continued to have “full unrestricted license to practice social work” in the state of Illinois as of early 2020.

Facility leaders took some actions to address the inappropriate relationships after complaints were lodged, said Dr. John Daigh, the VA’s assistant inspector general for health care, in the report, but “multiple factors affected the effectiveness of those actions.”

Daigh said that, while leaders put new plans in place to prevent future ethical lapses, they did not take the important step of reporting the employees to licensing and certification boards.

In some states, sexual or romantic relationships between a provider and their patient are a criminal offense.

In Illinois, such relationships are not unlawful, but they are deeply unethical: A therapist can lose their license or have it suspended if they engage in a sexual or romantic relationship with a client or engage in sexual activities with former clients up to five years after they stop their professional relationship.

Daigh said the behavior should have sparked a report to the state licensing board within five days of the employees’ removal from clinical duties while an investigation was underway.

One provider was not removed from their job until 314 days after a fact-finding review was launched; the other resigned before disciplinary action could be taken. VA Iliana leadership completed the reporting process 97 days later.

The substance abuse counselor was never removed from their job, and the VA reported the ethical breach to the employee’s professional certification board several years later, and only after finding out that the board had a process for filing complaints.

“Sexual contact between providers and patients is considered to be “unethical, exploitative, and harmful with the potential for injury such as mental health disorders, sexual dysfunction, and increased risk of suicide,” according to the report.

This was the case for the patient romantically involved with one of the licensed clinical social workers. During the hospital’s fact-finding investigation, those interviewed said the patient had relapsed, was homeless and had expressed thoughts of suicide, and they believed that the relationship contributed to this instability.

Investigators recommended an intervention, and there was a record of one attempt to reach the patient. But a connection was never made, and the patient died of an overdose nine days later.

The report on the Illiana VA follows a lawsuit filed last December by three veterans against the federal government and a former psychiatrist at the Palo Alto VA Medical Center, alleging medical malpractice and sexual abuse.

According to court filings in the Northern District of California, former VA psychiatrist Dr. Ferda Sakman had sex with at least one patient and pressured another for sex. One patient reported that Sakman used astrology as part of her therapy and incorporated hallucinogenic drugs in her practice while also taking them herself.

She surrendered her medical license in July 2020 after the New York State Board for Professional Medical Conduct found her negligent on “more than one occasion,” for her “care and contact with a male patient which was contrary to the accepted standards of medicine and for having failed to adhere to professional boundaries.”

In Danville, the VA OIG recommended that the regional director at the Veterans Integrated Service Network 12 evaluate the processes that led to the facility’s failure to identify and respond to inappropriate relationships on staff.

The OIG also made recommendations to the facility director to improve the timing of reports to state licensing or certification boards.

In the response, VA officials concurred with the recommendations, saying they planned to implement them this spring.

“We deeply regret the circumstances that impacted the care of these Veterans. As health care professionals, we are committed to providing quality care, maintaining patient well-being, and collaborating for positive patient outcomes,” wrote Staci Williams, executive director of the VA Illiana Health Care System.

A spokesman for the VA’s headquarters in Washington, D.C., said Tuesday the recommendations are to be completed this month.

According to VA Press Secretary Terrence Hayes, the hospital has taken “swift action to address inappropriate relationships,” to include revising policies, conducting “professional boundary training,” and making changes to its reporting system.

“VA continues to place the highest focus on providing safe, quality care for our patients,” Hayes wrote in an email.

© Copyright 2022 Military.com. All rights reserved. This material may not be published, broadcast, rewritten or redistributed.